'Lesula' Identified As New Species Of Monkey Native To The Congo

A golden-faced, wide-eyed monkey, spotted tethered to a home porch rail in Opala, Democratic Republic of Congo in 2007, has become a celebrity after he created biologist interest in his origins. The monkey, which had been adopted by a young girl after his mother had been killed, was called 'Lesula' by natives. He looked much like the owl faced monkey, but there were differences.... 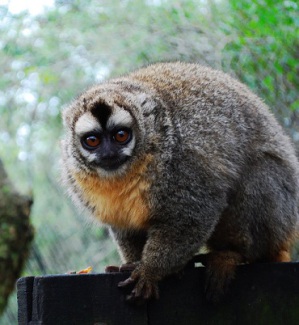 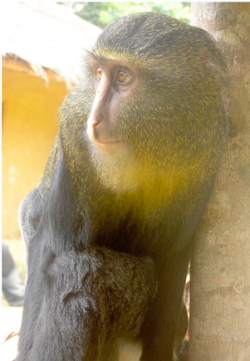 Even to the un-trained eye, the faces and fur of the two monkeys show marked differences - the golden beard is the most obvious, but scientists have found many more differences in coloring and size and shape of the head.

Conservation biologists John and Terest Hart of the Lukuru Wildlife Research Foundation who, quite by chance found the orphaned monkey on the young girl's porch, discovered more of the Lesula monkeys in remote areas of the Congo and estimate that they are limited to about 6500 square miles of the central Congo.  They are living among mature evergreen trees, delightfully - except they are, unfortunately, prey to bush meat hunters.  They are endangered. 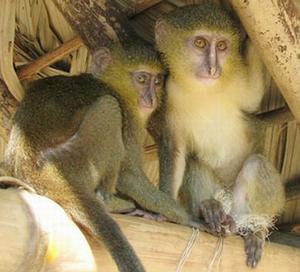 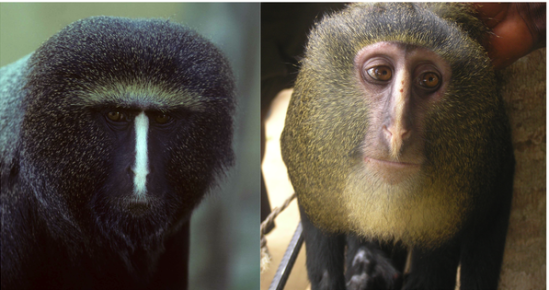 The Harts, along with geneticists and anatomical biologists at several institutes and universities in the U.S. and other countries who participated in a 3-year study of the Lesula monkeys, have identified the Lesula as a new species of African monkey - the first to be discovered in 28 years. Its species name? Cercopithecus lomamiensis. The monkeys are described in detail in the Lesula study, including their temperament, described as shy and quiet. They are observed in small groups.

Their study was published in the September 12, 2012 edition of PLOS, accessible to all online.