Less Given To Animal Charities, But Tsū Social Network Helps 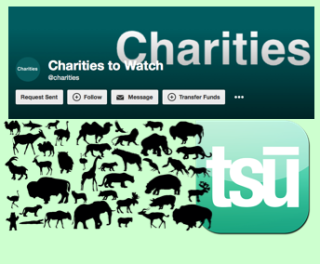 While some charity reports have stated that bequests to animal charities far outweigh donations to human causes, and that there are more fundraisers for animals, the evidence doesn't support this thesis. On November 11th, the Mirror in the UK reported that huge donations bequeathed to dogs and cats dwarf those going to good causes helping vulnerable and abused children. 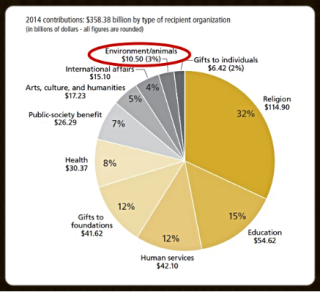 However, while charities that focus on the 'environment' and 'animals' saw a 7% increase to $10.5 billion in 2014, out of the whole this sector only accounted for 3% of the total.In the UK

Similarly in the UK according to the Charities Aid Foundation, which surveyed donors over the last 12 months, it was determined in 2014 that only 7% of the total amount of charitable funds raised went to animal charities.

This is much lower than donations to human-focused charities such as overseas, medical, children, hospitals and religious charities. In fact, those five categories collectively received 62% of total donations, and every one of these causes individually received more than any one animal charities.

But what about bequests to charities that people make in their wills: do animal charities sweep up the biggest share of these types of donations? The answer according to a Guardian report was an emphatic 'no.' The National Council for Voluntary Organizations recorded that in 2009-2010, environmental charities, which includes animal charities, received only 22% of all legacy donations, while social services, research, and health charities jointly received 62% of legacy donations. 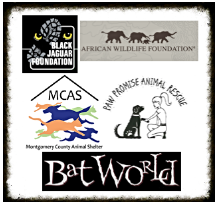 Tsu currently has 59 charities registered on their platform where the Asociación Almanimal and Animal Harbor are the two newest animal charities to have joined.

Transactions are all internal and don't require a user's credit card. The ease of donating to any or all of these

charities is built into the Tsu monetization scheme. After a charity has submitted documentation that substantiates itself as a bonafide fund-raising enterprise (e.g. 501(c)(3)tax-exempt form), the network affixes a DONATION button to its profile page - where users simply click and enter the amount they want to donate (starting as low as $.01 if they like).

Please consider donating to these important charities, whether or not you join this social network. For those who would like to learn more about these charities and others, this Tsu link will allow you take a sneak peak at all of the 42 charities represented on the network, without being obligated to join.

And for those who would like to join, simply click on my welcome invitation to start the quick and easy registration process.

Return Of The Crocodiles
Comments