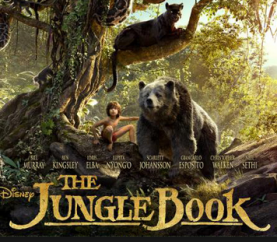 Over the years I’ve written a number of blogs pertaining to the People for the Ethical Treatment of Animals (PETA) organization's critiques of the use of animals in films. From Katy Perry’s making of her music video “Roar” to Leonardo DiCaprio’s treatment of a chimpanzee in “The Wolf of Wall Street,” there's a long list of filmmakers who have felt the heavy hand and sharp tongue of this animal advocacy group. But today, director Jon Favreau receives nothing but praise for his new release of Disney’s “Jungle Book.”

CGI, Better than the Real Thing

According to PETA, if movie-makers require animals to star in their features, it’s best to use CGI or computer-generated imagery than real live animals. While any motion picture can add the now recognizable disclaimer, “no animals were mistreated in the making of this film,” according to PETA, it’s much more prudent to utilize modern-day technology than taking the risk with the potential mistreatment of animals.

In the case of the Jungle Book, since the plot line anthropomorphizes the animals with the human attribute of speaking English, it made it a lot more sense to use CGI from scratch versus adding lip-synch dubs to real-life lions, tigers and bears.

Jon FavreauJokingly, when Favreau was explaining this to Crave Online’s content editor, William Bibbiani most recently, he noted: “It’s very hard to teach an animal to talk from what I understand. So this seemed like a good solution. It’s also better for the animals not to be on set, and it’s better for the tigers. I’m a city boy, so I thought CG animals would be the way to go.”

It's a Jungle Book out there

The director is also noted: “It’s amazing what they can do with [creating the appearance of] fur and live-flesh animals, and so every day I go into work it’s astounding what these visual effects artists accomplish.” 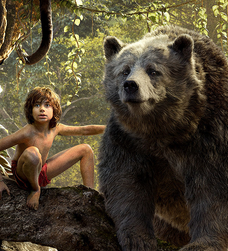 Jungle Book is an adaptation of the hit kid’s series in India by the same name. The popular series was elevated from cartoon to a live action feature to add more realism to the story-line.

By not using real animals, PETA US bestowed a major ‘thumbs up,’ reinforcing their credo that “animals are not ours to use for entertainment.”

So, it appears that this franchise has not only set example for others to emulate, it also opened the door for sequels and prequels to be considered for the future. Are you ready for More Jungle Books Too?

Momo The Hero Watch Dog Saves Friends From Bear Attack
How to Bathe a Baby Sloth -- The "Just in Case You Needed to Know" Animal Video of the Day!!!