Italy's Pets Are The Fattest Of Them All

A recent report commissioned by Hills pet food company and conducted by UK-based market research firm YouGov polled around 1,300 Italians on whether they thought their pets were overweight: surprisingly, 29 percent agreed they were on the chubby side. Further questioning revealed the main reason behind the disturbing trend: 26 percent of Italian pet-owners freely admit to feeding their pets leftovers and snacks. 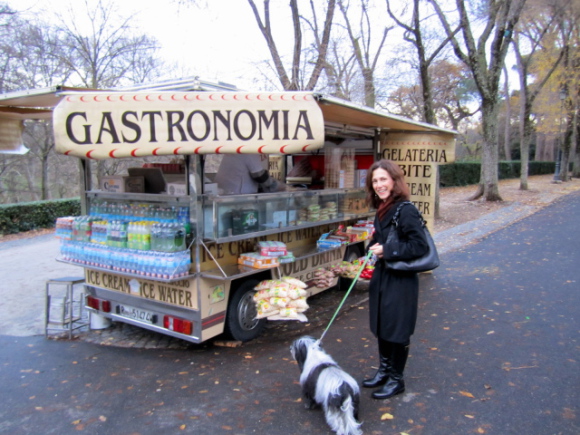 Typical Italian pet-owner Giuseppe Casillo has two dogs and a cat. Although Casillo admitted to interviewers from The Local he occasionally treats his pets to pasta, rice and biscuits, it's his belief that the problem of pet obesity has more to do with lack of exercise. “There are plenty of food shops especially for dogs and cats,” explained casillo, “so a lot of animals eat very healthily, but I don't think they get taken out for walks much.” 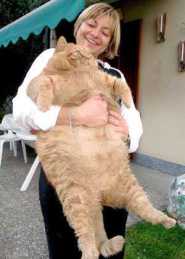 Compared to previous polls conducted in the Netherlands (where only 8 percent fed their pets snacks) and in Great Britain (where just 13 percent “doggy bagged” it), Italians appear to be the worst culprits. A poor and/or inappropriate diet can lead to heart disease, diabetes and other serious health problems in household pets, and what may be considered kind and caring locally is actually detrimental in the long run. It's estimated the overall percentage of overweight and obese pets in Italy could be as much as 95 percent for cats and 63 percent for dogs. 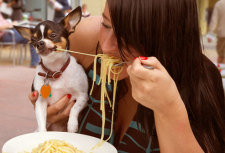 As most tourists can attest, Italians are famous for strolling the serene streets of their beautiful towns and cities. Why not bring their pets along for mutual benefits... in other words, when in Rome, roam as the Romans do! (via The Local and To Dog With Love)

*Note: We do not imply in any way, shape or form that Diane Silver, who appears with her dearly departed furry friend Cosmo in the title image, improperly fed her late beloved pet. The image was used merely upon its own merits.