The Indian state, Maharashtra, in the western part of the country, is
taking wildlife conservation very seriously, so seriously that it is
allowing forest guards to shoot poachers on sight.  And citizen informers will be rewarded for pointing them out. 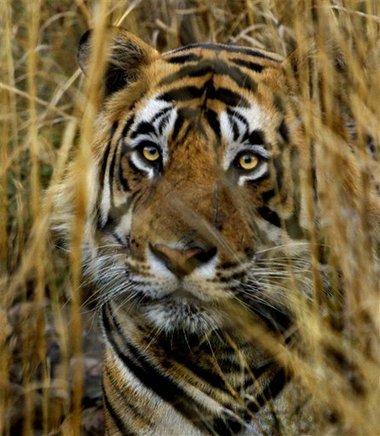 Beautiful and valuable, numbers of Indian tigers have reduced significantly since the 1990's: AP Photo/J. Scott Applewhite, File, via newsvine.com

Most of the country has experienced severe reduction in wildlife populations, particularly in tigers, elephants, rhinos, birds, and reptiles. It's like the country is being raped of its national treasures. A recent study on hunting in India indicates that 114 species of mammals are under attack.

That is why the government of Maharashtra is taking extreme measures. It will need a larger force of forest guards and a concerted lookout at night when the majority of poaching takes place, but it is encouraging citizens to inform on any poaching activity they suspect with a reward fund of about 5 million ruppees ($90,000).

If other states in India adopt the same 'shoot-on-sight' policies, particularly in the northeastern regions of India, perhaps the level of poaching will be impacted.