If You Don’t Drink The Water In Flint, Neither Should Your Pets 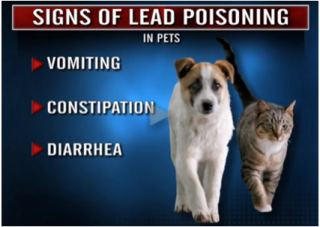 It’s a simple premise -- as old as the Golden Rule. Treat your pets the same as you'd like to be treated -- the same as any other member of your family. The water contamination and lead poisoning crisis that occurred in Flint, Michigan is a cautionary tale, not only for their community, but for other towns throughout the U.S. that have similar, but unreported issues. Flint’s water issues aren't just affecting the populace of Flint, they are also affecting their pets. Veterinarians have issued warnings to pet owners: “If you aren't drinking Flint water, your pets shouldn't be either.” And they are right!

Wendy Woodard"Pets are ingesting the same water we do. (But) they are more susceptible because they have smaller body mass. It would be wise to, if you aren't drinking your water, give them bottled water," said Dr. Wendy Woodard, of the Mayfair Veterinary Clinic in an ABC Report.

Amanda Bramlett,
who also works at the Mayfair Animal Hospital  noted: "A client
yesterday runs the tap for the pet and drinks bottled water for
themselves, and has been doing that for the last year. I'd say the
majority of [clients] do that."

Woodard said her clinic tests for lead poisoning and has uncovered a fair share of cases recently. While they can't connect the dots officially to the Flint water supply, they're warning pet owners to be aware, and consider other water choices.

Her findings noted there are some tell-tale signs of lead poisoning in pets, like vomiting, constipation, diarrhea and lack of appetite. She went further to note that it could cause some other serious physical ailments, such as hysterical barking and seizures.

She also noted while giving pets bottled water will initially add costs to a household's budget, it could prevent physical complications and higher medical bills down the road. If you think your pet is showing signs of lead poisoning, she recommends getting their blood tested as soon as possible.

In a CBS Report, resident Rick Holstander realized that even boiling the tap water was no assurance of ridding the water of its pernicious make-up. "I don't even let my dogs drink this water," he said as he collected four gallons of bottled water at a recent water giveaway in town.

Fortunately, celebrities such as Cher are pitching in to help. As part of a partnership with Icelandic Glacial, she donated 181,440 bottles of water to Flint, after the lead contamination was first uncovered in the city’s drinking water. But unfortunately, those acts of generosity, while greatly appreciated really only amount to being band-aid and not a permanent solution for pet owners and their pets.

We, the people of the U.S. don’t know if that is going to be enough to replace the pipes in the majority of homes affected, but hopefully it will stem the time, so that both residents and their animals have some glimmer of hope going forward.