It’s that time again: Well over 100 migrating vultures are setting up camp in the town of Vinton, Virginia, and the citizens are already sick and tired of feeling like they are sharing their town with the Addams Family… 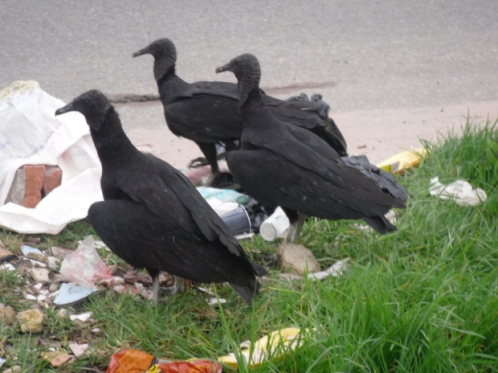 I’ve said it before, and I’ll say it again, I have no problem with vultures, but if large flocks of these scavenging birds get together in one place for a long time, I can certainly understand it if the locals don’t appreciate their nasty smelling, acidic, scat and penchant for destroying landscaping with their sharp talons. Since all vultures are protected by US law under the migratory bird act, there wasn’t much that local law enforcement could do other than fire guns into the air in an effort to scare them away. Surprisingly, the noisy blasts seem to have frightened off most of the unappreciated predators! 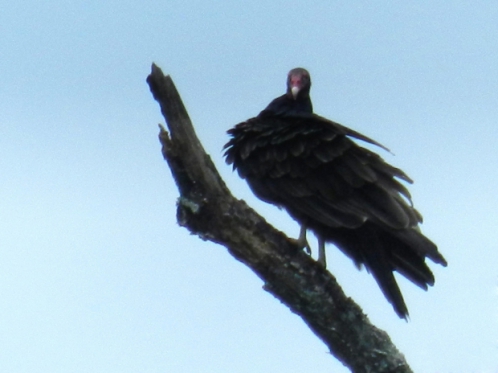 Chris Lawrence, Vinton’s town manager, says that the town will be better prepared to handle the annual arrival of vultures next time, and that “more efficient” methods are currently under consideration. Other cities in America with vulture infestations have applied for a federal permit to kill and hang a single vulture from a tree. Vultures are apparently disturbed when they see one of their fellow vultures in such a morbid scene, and swiftly get the flock out of there. They should just be thankful that the black and turkey vultures are slowly passing through, and that they aren’t nearly as big and tough as the paraglider-attacking griffon vulture!