It has been said that the reason baby animals are so cute is so that we
will care for them. While this may be more opinion than fact, a
bunch of baby loggerhead turtles certainly benefited from being
absolutely adorable. After hatching on July 1st on the Caribbean Island
of Bonaire, 100 of the endangered babies were protected from hungry sea
birds and directional errors by a wall of humans eager to lend a hand on
their trek to the sea. 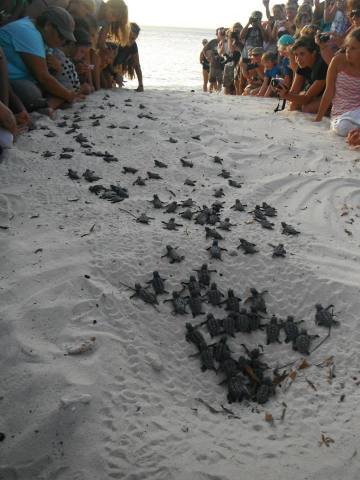 The loggerhead turtle is the world's largest hard shell turtle and has been on the endangered species list since 1978. They continue to be threatened by habitat loss, getting trapped or entangled in fishing nets or fishing lines, and industrialization (e.g., construction, boat traffic, dredging). These issues are exacerbated by the turtles' own physiology. It takes 17-33 years for the turtles to reach reproductive maturity. 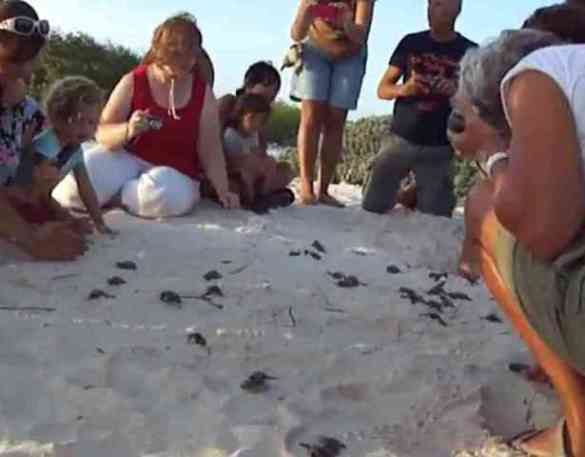 Loggerheads were once heavily hunted for their meat and eggs which were staples to human diet in many countries. While worldwide legislation has decreased the hunting of the turtles, it still continues in countries where enforcement is lax. 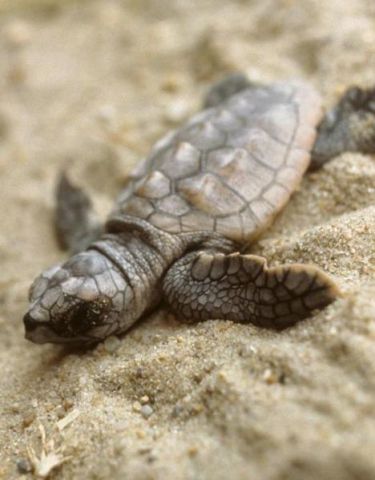 The hatchlings face a number of challenges in making their trek to the sea. They can be hunted by predators like a variety of seabirds, crabs, lizards, toads, and snakes. Even domestic cats and dogs can hunt the precious babies. The little ones can also lose up to 20% of their body weight due to dehydration during their journey. Artificial lighting can make them go the wrong way.

A protective gauntlet of loving humans to help minimize these risks gives them a flipper up on survival. Additional predators await them in the ocean, but at least they made it that far.