How Did The Crab Cross The Road? On The Crab Overpass, Of Course!

Thousands of native animals are killed by vehicles every year as they cross the world's roads, which often run right through their natural habitats. One way humans have found to reduce these animal deaths is to erect species-friendly overpasses 'for animals only' to cross the roads.

A few such overpasses were built strictly for the red crabs that live on Australia's Christmas Island that every year march from the rainforest to the sea in order to breed. 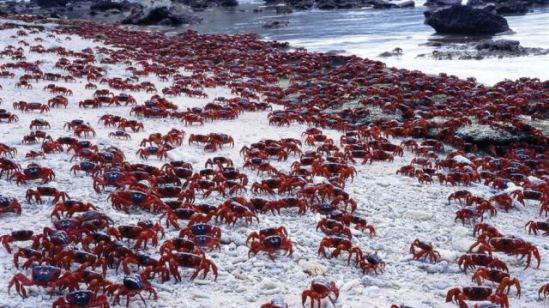 Red crabs flock to the shore of Christmas Island, Australia, every year to mate.: Image: Max Orchard via abc.net.au

An estimated 500,000 crabs a year were killed every migration season on the roads, but these crab overpasses, built by the Christmas Island National Park rangers, have kept thousands from becoming road kill. 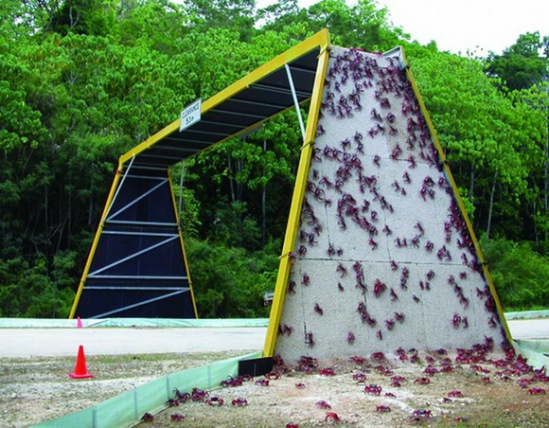 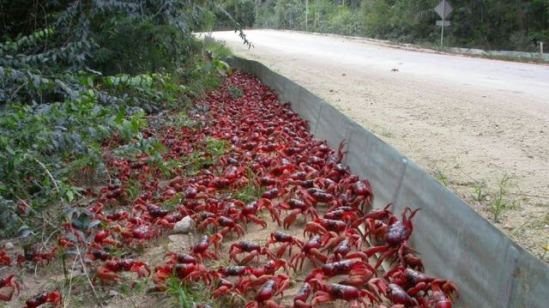 Barriers keep the crabs off the road and guide them to the overpass: image via abc.net.au

It's not just crabs that have overpasses to thank for their lives. In Baniff National Park, Alberta, Canada, there are 41 crossing stations for animals along the Trans-Canada Highway. The animals, including bears, elks, and cougars, cross the overpasses and underpasses, which are filled with plants from their natural habitats in order to encourage the animals to use them. 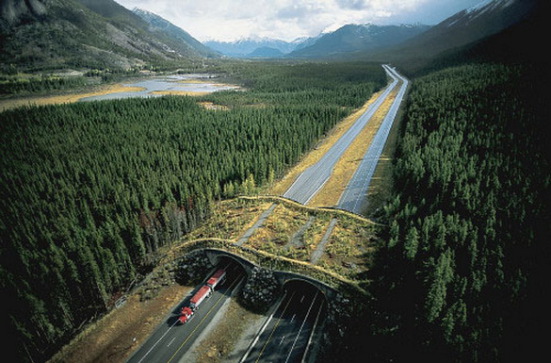 The Netherlands was one of the first countries to build animal overpasses, or ecoducts, as they are called.  There are now over 600 wildlife crossings in The Netherlands, used by wild boar, deer, and even the endangered European badger. 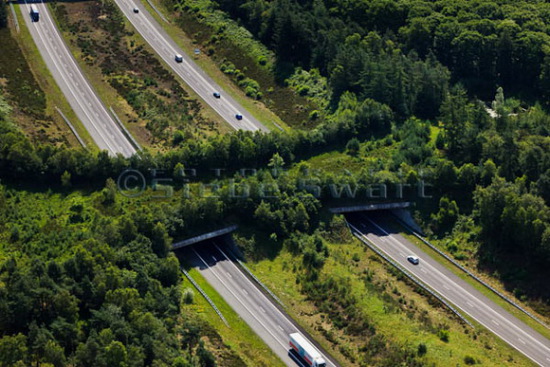 Ecoduct in the Veluwe nature area, The Netherlands: image via theworldgeography.com

Here's an 'animal bridge' outside of Missoula, Montana in an Indian reservation. What a beautiful setting! 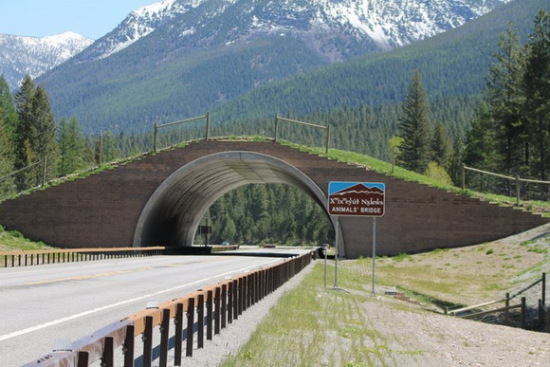 Animal bridge outside of Missoula, Montana: image credit: The Pedigree Artist, via theworldgeography.com

There are many more dedicated animal crossings around the world but to be sure, there are not enough. Next time you're asked how did the (blank) cross the street, you can say you hope it was on an overpass.

Young Pandas Are So Smart They Even Use Their Heads For Climbing (w/video)
PetsLady's Pick: Surprising Climbing Goats Of The Day
Comments