How Lilica The Dog Supports Her "Family"

Lilica was abandoned at a junk yard in San Carlos, Brazil when she was
unceremoniously dumped out of a truck when she was just a puppy. Neile
Vania Antonio, the junk yard caretaker, befriended the young dog and
took care of her. As Lilica grew she befriended the other animal
denizens of the junk yard -- a dog, a cat, several chickens, and a mule.
They became her "family." 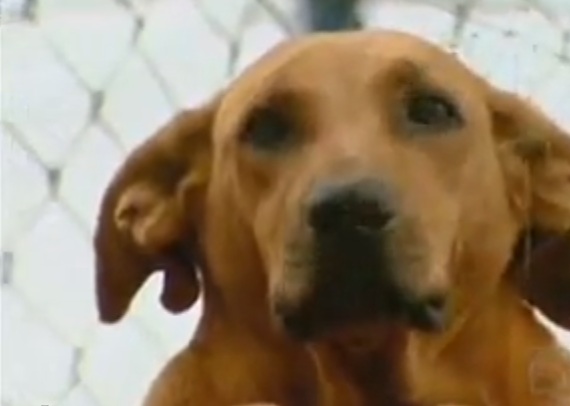 Several years ago Lilica became pregnant and subsequently gave birth to a litter of eight puppies. She took her responsibility as a mother very seriously and began roaming outside the junk yard to be able to provide for them. Since there were few food resources close to home she ranged farther and farther away. 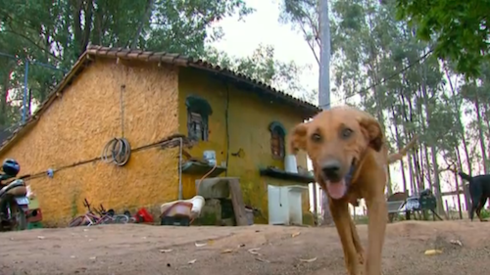 Lilica at the Junk Yard (You Tube Image)

During one of these nightly forays she was digging through trash bins when she was discovered by Lucia Helena de Souza, an animal lover who cares for 13 other stray dogs and 30 stray cats. She was taken with the hungry dog immediately. The teacher began offering the dog food from a grocery bag. One night Lilica stopped eating, grabbed the bag, and ran. The food was falling out of the bag as she went. 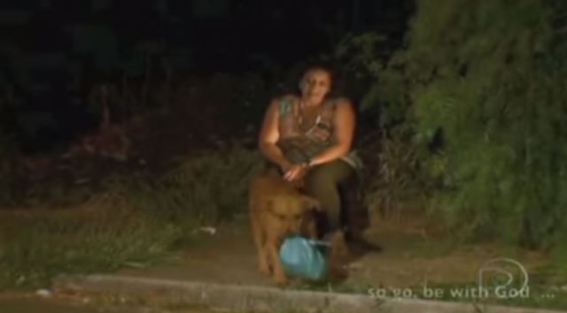 The next night Lucia waited until Lilica was finished eating and then tied the bag closed so that Lilica could carry the leftovers more easily. The dog picked up the bag and trotted off. This made Lucia very curious of her new friend. So one night she followed Lilica after dinner to find out where she was coming from and what she was doing. It was two miles to the junk yard, sometimes crossing streets with heavy traffic. 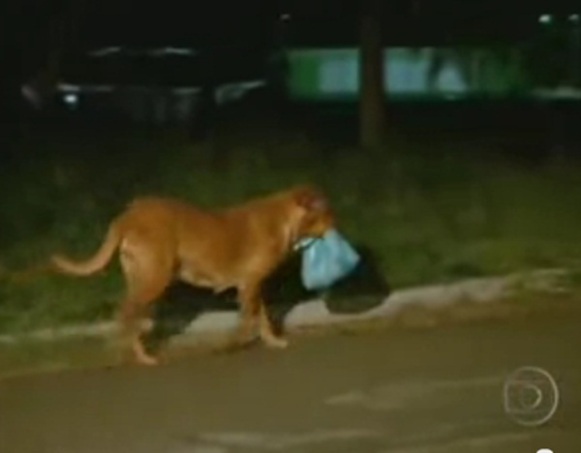 At first Lilica was just providing for her pups, but she realized the need in those around her and started bringing food for the entire junk yard clan. The puppies were all eventually adopted, but Lilica didn't stop. She continued to be the breadwinner for her friends. For years now she has made the four mile round-trip trek every night. At 9 p.m. Lucia leaves her home to go to an empty lot where she meets Lilica. The dog eats the food Lucia has prepared, often a combination of beans, rice, and meat, and then takes what's left to her friends.

Because Lilica depends on her, Lucia keeps close to home and doesn't travel. Cooking for Lilica and the other junk yard animals is an act of love that she takes as a serious responsibility.

Antonio pointed out that so many people are reluctant to share what they have with others. Lucia and Lilica are both exceptional at sharing their prosperity.

How to Explain a Pet's Death to Children

Dog or Cat Cookie Cutters are Purrfect For Human Or Pet Treats!
Comments