The Horror Of The Smile Dog Meme

The internet has certainly made it easier to spread urban legends, many of which have become quite popular in the darker corners of the web. One such legend popped up a few years ago, involving a rather sinister-looking dog.

As urban legends tend to go, no one seems to be certain where the legend of Smile.jpeg (also known as Smile Dog) started. Some believe it was on 4Chan. The story behind it robs the legend of any hope of credibility, as it is a story based on a Creepypasta (one of those darker corners of the internet that are filled with reader-written stories about the paranormal and other odd topics). Regardless, the tale has the potential to cause a few sleepless nights and is literally nightmare fuel. 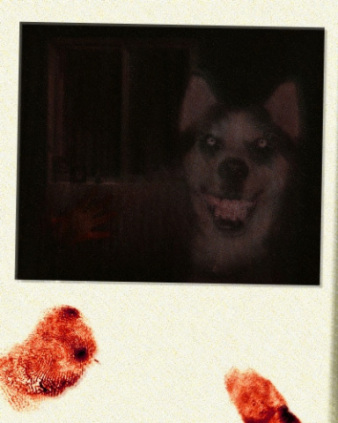 The story goes that while a college student was researching a paper, he came across a story about a woman that had been psychologically traumatized by a picture. He located the picture online, labeled simply Smile.jpg, and then found that the woman's viewing of the picture led her to commit suicide.

The image itself, while sort of haunting, is rather simple. In it, we see a dog of the Husky variety that seems to appear out of the shadows with a wide human-like grin on its face. The teeth in that grin seem sinister and almost human, yet still razor sharp. When you look very hard, you can also see a human hand coming in from out of the frame. According to the legend, when you stare at the image long enough, the dog whispers to you, telling you to spread the word.  If you don't, you'll be plagued with nightmares and even epileptic fits in your sleep. Once you "spread the word" by sharing the file with others, the nightmares come to an end.

As far as urban legends go, it's certainly not a bad one. But Smile Dog has become so popular that the story has nearly lost all of its creepy allure. Still, we dare you to look at that picture and not be terrified of the prospect of coming across such a picture randomly on the internet.

Or worse yet, on your next night-time walk.

Creatures
Dogs
Weird, Odd or Bizarre
Parachuting Beavers? What Else Don't We Know About The 1950s?

Godzilla Throws A Rave! The Partying Animal Video Of The Day!!!