Seventeen years ago, Paul Templer, a guide taking some tourists through the Zambezi river was attacked, bitten, battered and nearly eaten by an angry bull hippopotamus. Your job doesn’t seem too bad now, does it? 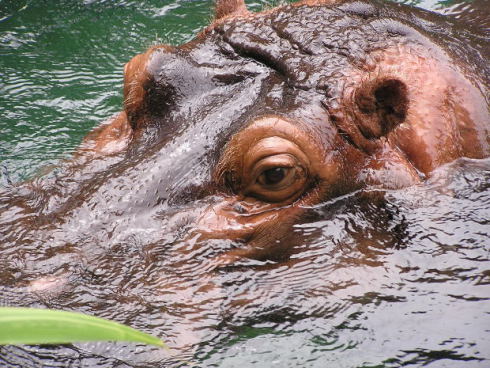 Paul recently recalled his life-changing story, where the two-ton bull hippo threw one of his friends from a kayak and swallowed him from the waist up. One of the most terrifying parts of his attack story is how he described the feeling of having his legs dangling underwater outside of the hippo’s mouth, as he choked and thrashed inside the sulfurous and crushingly powerful animal’s maw. Although Paul was lucky enough to have been puked back into the river, he lost most of his left arm and one of his lungs was visible due to the savage puncture wounds that he had received from the beast’s tusks.

You can listen to Paul’s story firsthand via the video below. If you’ve got nine and a half minutes to spare, it’s one incredible story!

A hippopotamus is a huge, fast, unpredictable and incredibly dangerous animal that severely mauls or kills dozens of people in Africa every year. Late last month, a Chinese tourist in Kenya left the safety of her hotel at night to snap a picture of a nearby newborn hippo, only to be gored to death by its defensive mother. Guests staying at Kenya’s Lake Naivasha Country Club are encouraged to seek out a guard to escort them around the club after nightfall.

Hippos can life between 40 to 50 years in the wild, and can easily weigh between 5,000 to 8,000lbs. Even though these lumbering giants are grass-eating herbivores, they are not afraid to challenge any potential threat that comes their way.

Who’s The Alpha Dog In Your Household?
Comments