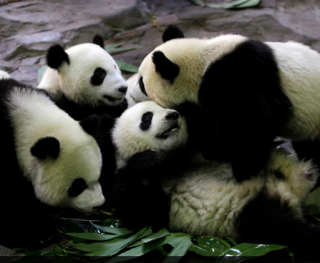 back in 2000 they might have been able to track down their car with less difficulty. But wait. . .it's not the writers' fault they failed to include a mention of that technology in their screenplay of “Dude, Where’s my Car,” it’s just that ‘assisted GPS for mobile devices and desktops,’ didn’t really go mainstream until 2004.

Today. however, ’global positioning systems’ is part of our zeitgeist aiding us in locating all kinds of things - even panda bears!

Although, the Chinese government has been trying to uphold a ban on using GPS collars on pandas, a team of Michigan State University scientists were able to conduct a study that actually relied heavily on this technology to locate our furry friends in the wild.

Five pandas participated in the study: three female adults named Pan Pan, Mei Mei, and Zhong Zhong, a young female Long Long, and a male named Chuan Chuan. They were captured, collared, and tracked from 2010-2012, in the Wolong Nature Reserve in southwest China.

“This was a terrific chance to get a peek into the panda’s secretive society that has been closed off to us in the past,” said Jindong Zhang, a co-author of the paper and postdoctoral researcher at MSU’s Center for Systems Integration and Sustainability (CSIS). 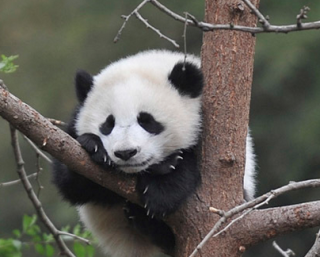 Dispelling previous beliefs that pandas were in general ‘loners,’ the biggest surprise for these scientists was that pandas truly like hangin’ with each other.

“Pandas are such an elusive species and it really is extremely tough to observe them in wild, so we have not had a good image of where they are from one day to the subsequent,” said Vanessa Hull, CSIS’ analysis associate.

“(With the GPS technology) in the computer system, we could see where they go and map it,” Hull added. “It was so fascinating to sit down and watch their whole year unfold just before you like a tiny window into their world.”

Additionally, the scientists were able to determine that pandas actually preferred their bamboo staple diet. This became evident as they exhibited a tendency to return to places they had left months earlier in hopes that the vegetation they consumed would have regrown and they could feed once again in these locales. 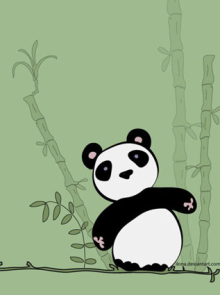 The Chinese government is not too forward in allowing the tracking of pandas or any other endangered species with GPS tracking collars, but this report proved useful because the Chinese authorities released a statement a couple years back saying the panda population had risen by 17%, and that there were now 1,864 pandas remaining in the wild. Long live the Panda. . . we'll be watching!