He's The Guardian Of The Galaxy To Animals Left Behind

When a tsunami hit the Fukushima Daiichi Nuclear Power Plant in Japan in
March of 2011 the result was a huge evacuation of the area and human
suffering. The untold part of the story was that many animals were left
behind -- abandoned to fend for themselves. Then one man, Naoto
Matsumura, went back after the evacuation to retrieve his own animals
and decided that he needed to try to save them all. 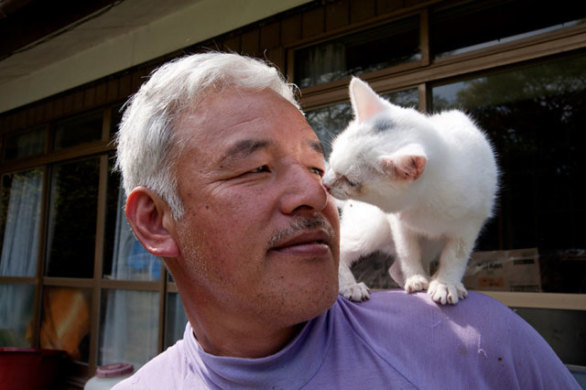 Matsumura-san now spends his life living inside the 12.5 mile exclusion zone by himself -- except for many, many animals. When he first went back he found that a large number of cattle had died locked up in barns. He freed and unchained all the live animals he could find. Now this older man in his 50s has given them a new lease on life. 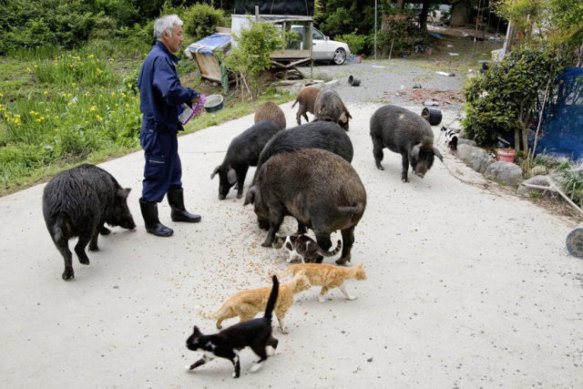 Matsumura Interacts with "His" Animals

Other cattle managed to break out on their own and now roam freely. Pigs and domestic boar escaped and have now taken up a feral existence. Of course, all of the animals keep doing what comes naturally and new little ones have come along. For them life in this abandoned environment is the norm. 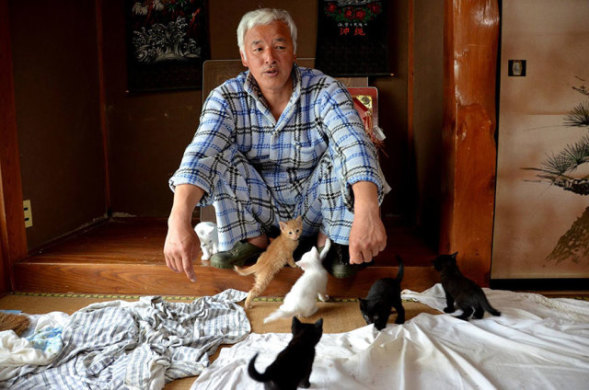 Matsumura relies on donations from supporters to provide sustenance for himself and the animals. While he spends little time in the company of humans, he is rarely alone. Cats follow him as he makes his rounds among the other animals, which even includes ostriches. 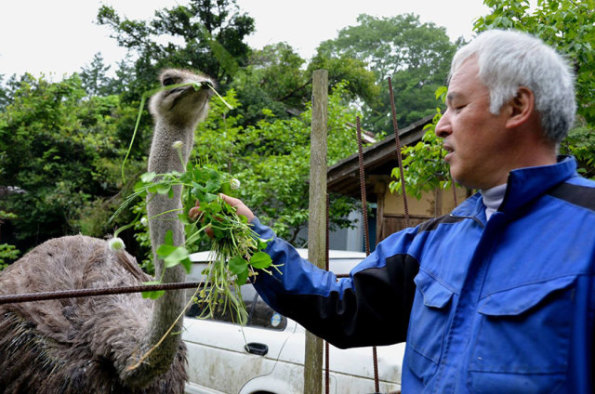 Sometimes Matsumura's Life is for the Birds

The Japanese government has forbidden Matsumura from staying in the zone, but he ignores them. The radiation may take its toll on him in 30 or 40 years, but he figures his life will be up by then anyway. So what does he have to lose overall? He also figures that he may has well spend those years in service to others who really need him. 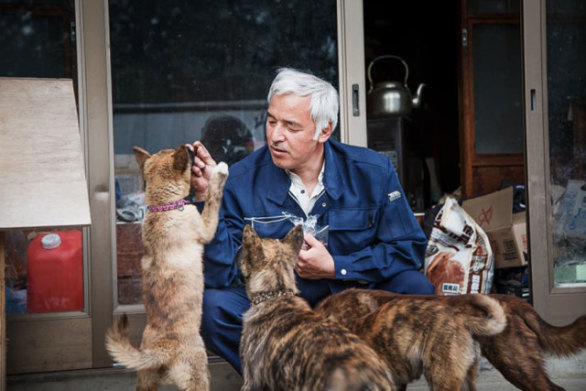 Matsumura Going to the Dogs

Fortunately for Matsumura the worst of the Fukushima radiation went to the northwest and his farm lies to the south near Tomioka. If he had lived in another direction this would have been a very different story. As it is he is the guardian of the galaxy -- that is the only galaxy these animals now know.