Hedgehogs As Pets: Get The 411 Before You Decide 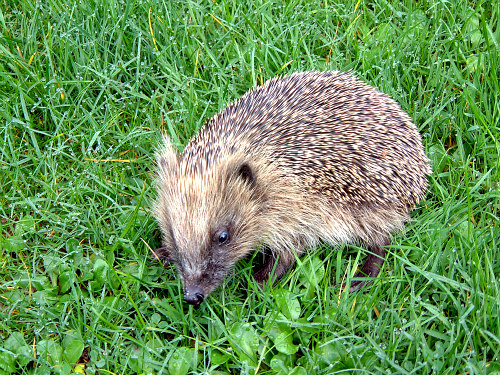 Hedgehogs As Pets: Get The 411 Before You Decide: Hedgehogs are naturally curious

Hedgehogs are those adorable little creatures that appear more like the conjurings of an imaginative mind when pen meets paper or brush meets canvas. But they’re more than a Beatrix Potter rendering for children’s books. Hedgehogs are very real and have grown in popularity over the years as exotic pets. Exotic isn’t exactly the right word for a hedgehog. But, since they’re not native to North America, they’re often categorized as such here. You might be able to liken the rise in their ownership to the popularity of sugar gliders or pocket possums in the early 2000s.

The prickly little hedgehog is actually found throughout parts of Europe, Asia, Africa, and by introduction into New Zealand. There are no living species of hedgehogs native to the Americas, but the extinct genus Amphechinus was once present in North America. There are known to be 17 species of hedgehog in five genera, and they include African Pygmy hedgehogs. While once fairly prevalent in the U.K., their numbers are now on the decline with fewer sightings of them in parks and gardens. 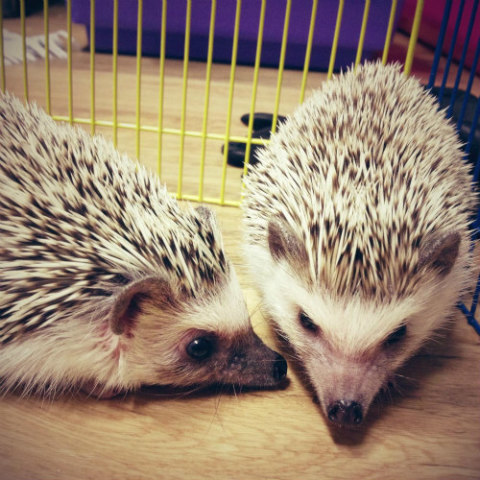 Pros of Owning a Hedgehog

Like anything, there are pros and cons of hedgehog ownership. For starters, they’re very small, generally weighing anywhere between 6 ounces and 2 pounds, so they only require the amount of space of, say, a guinea pig. They don’t make any noise or have a peculiar or offensive odor when kept on a good diet nor do they have dander, like most furry pets. They also don’t require routine vaccinations, they’re not aggressive and they don’t chew or gnaw on things. Hedgehogs are naturally curious and can actually be quite cuddly.

Cons of Owning a Hedgehog

The drawbacks of owning a hedgehog are just as lengthy and variable. While their quills are by no means on the level of a porcupine, they are quite prickly and can take some getting used to when handling. They also go through a quilling stage where they may be out of sorts for a bit. Like pocket possums and sugar gliders, they’re not going to greet you at the door or perform tricks and they’re nocturnal, so they’re best suited for folks on the same schedule. Additionally, they require temperate climates of around 75 degrees F and can’t be left without a caretaker over long weekends. 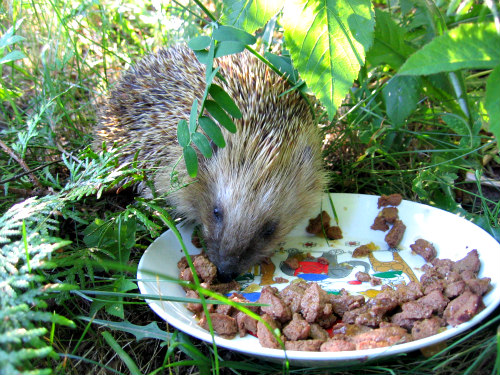 The average hedgehog is pretty low maintenance. They, of course, need fresh food and water and regular cage cleanings, but they don’t need to be walked and seldom need bathing. Hedgehogs are generally considered fairly neat, and some have even been known to use a litter pan for elimination purposes. As far as diet, there are now many different commercial hedgehog foods on the market, but — just like dog food — not all of them are equal in nutritional value or ingredient quality. Cat food has been known to have been used in the past in conjunction to feeding them.

When it comes to getting on with other pets, this is going to be an individual thing, just as with any living, breathing creature. We don’t always cotton to others. If you have other pets, you’d need to closely monitor their interactions (at least initially) to ensure a safe atmosphere for the times your hedgehog would be allowed out of his or her living quarters. It’s also important to note that their cage or pen should always be a safe haven for them when they’re in it. Believe it or not, pet rats and ferrets in the same household have been known to try and harm hedgehogs. 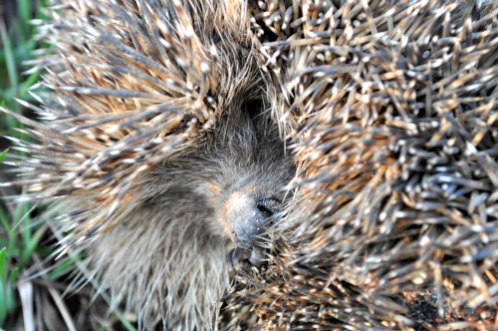 Hedgehogs As Pets: Hedgehog quills are quite prickly

Bacteria can be transmitted between animals, and what is considered perhaps normal flora for one pet could potentially cause problems for another. Homes with birds or reptiles should be aware that there seems to be an increase in bacterial infections in hedgehogs sharing space with these animals that includes Giardia, Coccidia and Clostridium. While hedgehogs are not known to carry or pass along any diseases harmful to humans, it’s always a good idea for people with compromised or underdeveloped immune systems (young, sick, elderly) to wash their hands after coming into direct contact with a hedgehog.

Before you decide to run out and buy a hedgehog, make sure they are legal in your area. Ownership is prohibited or restricted in many places, including California, Maine, Vermont, Georgia, Alabama, Hawaii, Arizona, Pennsylvania, Oregon, New Jersey, Washington, D.C. and all five boroughs of New York City. You don’t want to run afoul of the law, so inquire before you try and get one. Federal regulations require that all retail pet stores selling hedgehogs have a USDA license to do so legally. If your hedgehog were to fall ill and you took it to a vet, if you had it illegally it would in all likelihood be reported. 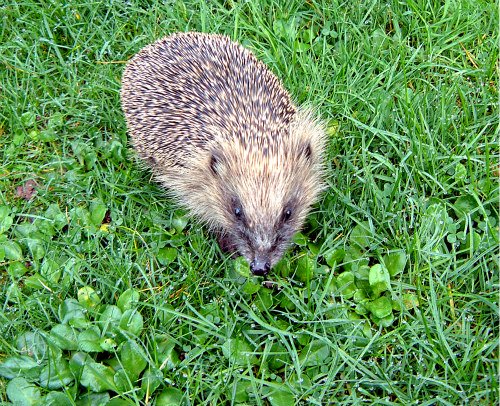 Hedgehogs As Pets: Hedgehogs need to be cared for responsibly

As with all pets, going into ownership of a hedgehog is nothing to be taken lightly. Make sure you’ve thought it through, it’s legal and that you’ll be able to give it the kind of home it deserves. Animals are not passing fads and shouldn’t be treated as one.