Having A Pet Party? Bake Your Own Treats With PetCakes Trays & Mixes

Lucky Paws, the entrepreneurial company behind PetCakes, has a small but complete bakery line of luscious, organic treats that are corn, wheat, soy, and preservative free.  Sure, you can buy treats like these at a fancy pet bakery, but PetCakes are bake-it-yourself mixes.

What first caught my attention about PetCakes was the Pet Party Kit, which comes with appropriate baking pans depending upon whether the host is a dog or cat, the PetCakes mixes, pet invitations, and even a pet party hat! 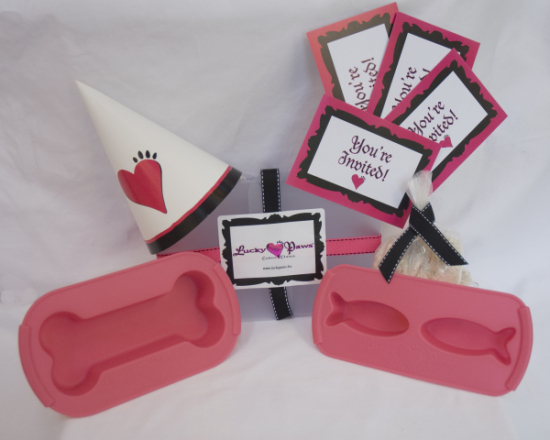 PetCakes mixes are microwavable and cook up quickly.  You can purchase kits for dog or cat treats, which include a reusable, microwave and dishwasher safe PupCakes Pan and two bags of Pupcakes mix. 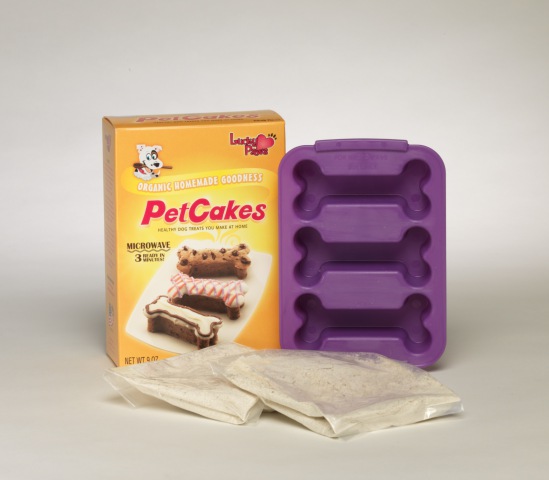 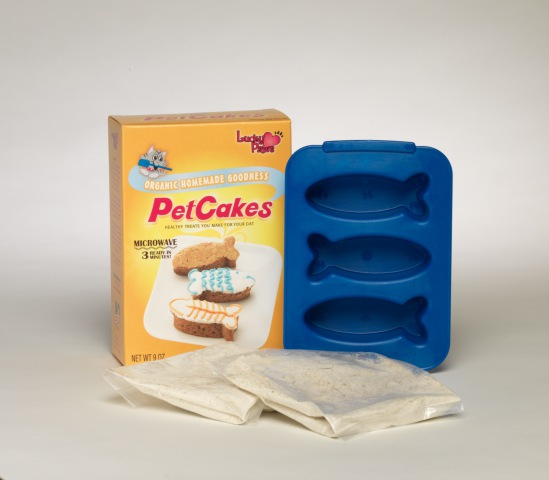 Or you can buy the PetCakes pans and mixes separately.  The mixes include Original Carob, Pizza, and 3 Cheese flavors for dogs, and Cheese Nip flavor for
cats. 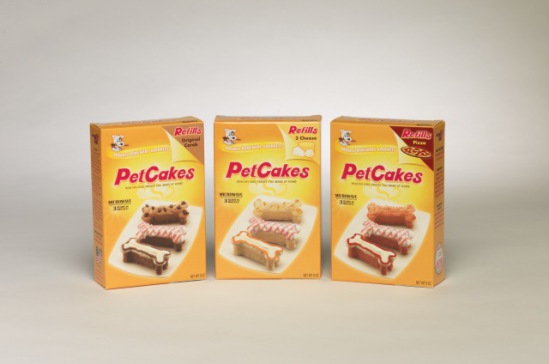 The PetCakes look so yummy, especially topped with their 'icing,' that you may want to eat them yourself!  But, you know what?  You can!

Smart Solution For An Indoor Cat: The Litter Garage