Have Your Dearly Departed Composted, Not Cremated

A new business in Auburn, Maine, has a new way for you to handle the
remains of your large animal friends -- by composting them. Michelle
Melaragno, owner of the unique start-up, says that the first reaction
she gets is "Eww." As she explains the idea further it begins
to make sense to people. 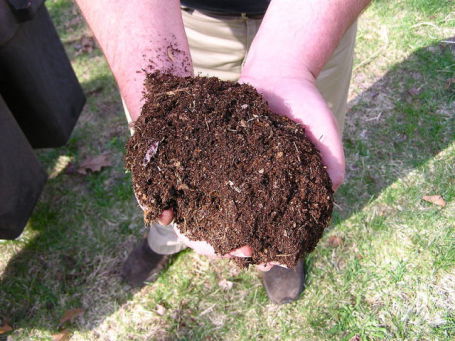 She has had a long journey convincing city officials of the efficacy of the idea and to get their permission to open such a business. Then she had to get financing and construct the facility. With the opening of the business set for the middle of November, she has already had to turn away 21 horses. Word of mouth has been strong among veterinarians and horse owners.

The facility is being set up on 46 acres. Gravel pads that are 100-feet square and surrounded by gravel berms will be able to hold up to 50 horses or other large animals.

The idea for Compassionate Composting, Inc. was drawn from a love of animals and the difficulty of handling the carcasses after the animals pass on. For some people, municipal ordinances against burying animals or the expense of having to hire a back hoe or other equipment have made the time of grieving even harder. Cremation of the animal can also be very expensive.

The practice is similar to standard backyard composting by using hay, wood shavings, food scraps, and manure around the carcass. The decaying carcass creates heat, which speeds decomposition. State law requires the compost heap to reach at least 131 degrees for three or more days to kill off any bacteria and degrade chemicals that may have been administered to euthanize the animal. The heat and additional materials also helps reduce the odor to keep scavengers from invading the area and scattering the remains.

The resulting compost will be a clean, viable product that Melaragno hopes to market to wholesalers. In some cases, individual animals will be able to be composted separately so that the final product can be returned to the owner for use on their own property, so that the animal will be back home with them.