Got Paranoia? Bird Detained In Egypt For Being A Spy

This comes straight out of the "strange but true" files. A man living
280 miles southeast of Cairo,Egypt got suspicious of a bird near his home. It
was hanging out with four other birds. He rounded them up and took them
to the police 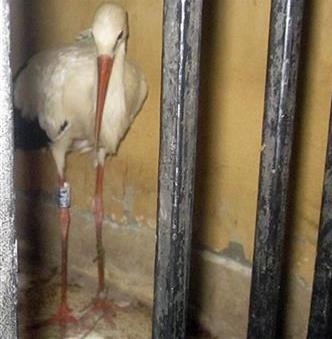 Bird Detained In Egypt For Being A Spy (You Tube Image)station last Friday claiming that this bird was a spy.
The bird sported an electronic device that puzzled both the man and the
authorities, making them concerned about the bird's intentions.

After the July 3 military coup that knocked the country's president from power, everyone remains wary of anything foreign. Conspiracy theories abound and that apparently includes the avian population.

Earlier this year a pigeon was detained on suspicion of carrying microfilm. The Egyptians are hardly alone in this form of paranoia. In July Turkish officials detained a bird that was accused of spying for Israel. The kestrel (a type of hawk) was required to go through a series of x-rays to prove that it carried no microchips or other electronic devices before it was finally set free. 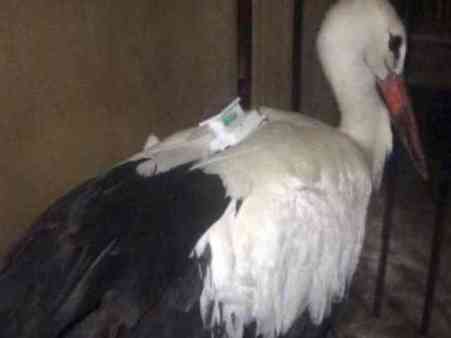 Bird Detained In Egypt For Being A Spy (You Tube Image)Stories like this have been coming out of the Middle East since the late 1970s. All instances were found to be either non-existent or scientific research equipment. Squirrels also fell under suspicion in Iran in 2007 when 14 of the rodents were rounded up for allegedly carrying spying equipment.

This level of paranoia may sound extreme to those in the West, but even Western countries have experimented with using animals as spies. Even the U.S. tried their hand at this when they attempted to use cats as spies. The program was a dismal failure due to the lack of cooperation on the part of the cats (hands up all those who are surprised by that one). Overall animals have proven too unpredictable to be used well as spies.

Perhaps the closest birds have actually come to this were the pigeons used to carry messages during war prior to radio and electronic communications.

As for the stork in Egypt -- despite having been cleared of all wrong-doing it is still being held in detention. Apparently prosecutors have to give the go ahead for the bird to be released. There is still some confusion over the situation since the bird was originally reported to have been a swan, but all photos release clearly show a stork.

PetsLady's Pick: Funny Chicken Disguises Of The Day
This Little Bird Can Carry A Tune! The Animal Video Of The Day!!!
Iced-Up Eagle Thaws Out In Game Warden's Truck

Animals Talk To Each Other With Civility
Comments