A group of golden retrievers from the Lutheran Church's K9 Comfort Dog
program recently traveled to Boston to help those suffering in the wake
of the marathon attack. Their  arrival in the city was arranged by Reverend Ingo
Dutmann, pastor of Boston's First Lutheran Church, located just blocks
away from the marathon finish line. The canine team was deployed to Boston on April 15th, the same day the bombing occurred.

Their job to provide a comforting and healing presence to those in need of anxiety reduction. Golden retrievers are particularly well-suited to this task, since they have a demeanor that is both calm and friendly. 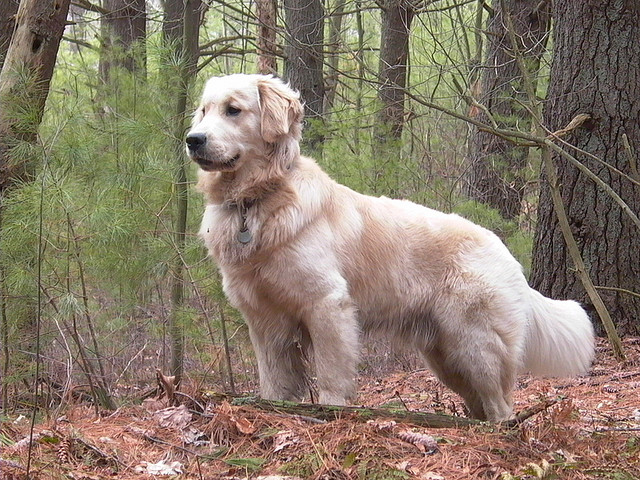 Golden retriever: Photo by kisses are a better fate than widom, flickr.

The dogs were stationed at the church to be available to anyone who wanted to drop in, pet them, and soak in their calming influence. According to Dutzmann, "These dogs are 100 percent geared toward how they can make someone feel better. These animals have that sixth sense -- they know what you're feeling and somehow they know how to respond." The canines also spent time at local hospitals, visiting those who were injured in the bombing.

Two of the dogs sent to Boston, Addie and Maggie, were also part of the team deployed to Newtown, Connecticut to comfort those grieving after the Sandy Hook Elementary School shooting. Click here to read an article about how the dogs helped in Newtown.

Why Dogs and News Anchors are Not a Good Mix -- The Animal Video of the Day!!!

Glossy & Gleaming Gear For The Safest Dog Walks Ever!