A group of golden retrievers from the Chicago area are now in Newtown, Connecticut to the soothe the souls of townspeople suffering in the wake of the tragic Sandy Hook Elementary School shooting. These canines are part of a "comfort dog" program run by Lutheran Church Charities.

The idea behind the program is that the dogs can provide a gentle, healing presence that makes it easier for people to open up and talk about their feelings. Golden retrievers are particularly well-suited to this task, since they have a demeanor that is both calm and friendly. 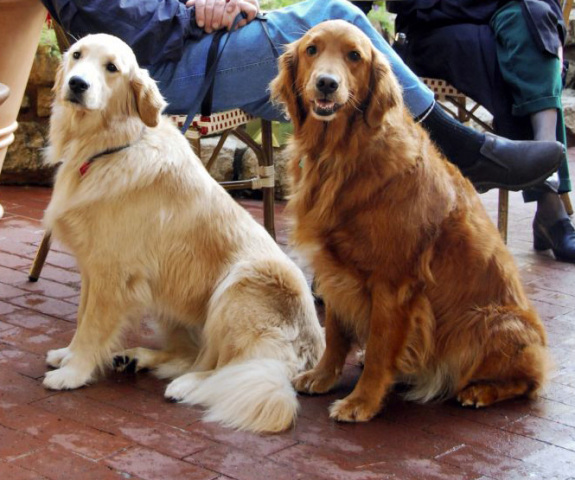 According to LCC president Tim Hetzner, "Dogs are non-judgmental. They are loving. The are accepting of anyone. It creates the atmosphere for people to share."

The retrievers arrived in Newtown yesterday to be available to residents who wanted to pet them. Today, they will be at the funerals of two of the children killed in the shooting. Tomorrow, they will attend activities for Sandy Hook students, again providing affection and distraction.

Commenting on the dogs' role in comforting the grieving and traumatized students, Hetzner said, "There are a lot of people that are hurting. [It's] good for the children to have something that is not the shooting."