This one has got to be filed under "strange but true." A few years ago a
goat was arrested on suspicion of attempted armed robbery after two men
tried to steal a Toyota 323. So how did a goat get mixed up in a caper
like this? It is a wild tale full of mystery and magic -- and possibly a
case of mistaken identity. 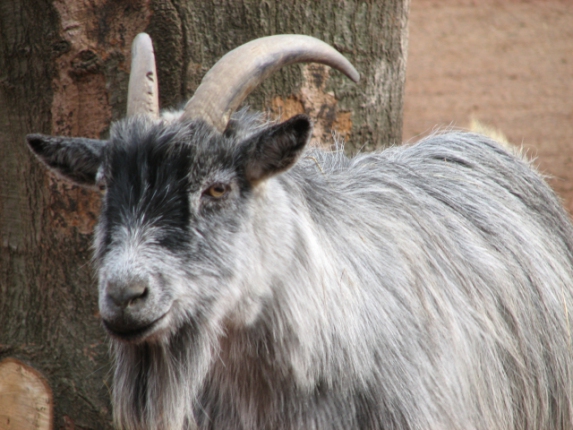 The criminal caper went down
in Nigeria when vigilantes took off after the two men who tried to steal
the car. One of the men got away and the other -- according to
witnesses -- used magic to transform himself into a goat in his attempt
to escape. The vigilantes took the goat into custody and turned it over
to police.

Many people in Nigeria have a strong belief in magic.
The goat became something of a celebrity with people showing up at the
police station to have their picture taken with the man/goat.

While
the police held the goat in detention, a spokesman for the department
said that without scientific evidence that the suspect actually turned
into a goat, there was little that they could do. There was no word on
what they planned to do with the goat.

This story is not alone. It goes into the file right next to the story about a bird detained on suspicion of spying.

You Shall Not Pass, Dog! The Animal Video of the Day!!!

Grumpy Cat, The Richest Feline In The World Dies

Stuck in the Middle!: Cute Animal Video of the Day!

“So Happy Smiling Cat” - A Feel-Good Feline Fur Sure!
Comments