The Giraffes Have Manners At Giraffe Manor

For many international travelers one of the most popular destinations in Africa to
check out is Nairobi, Kenya. For a really great place to stay you may
want to check out Giraffe Manor. The manor is an elegant hotel with
decor that hearkens back to the 1930s when it was originally built. It is a place of grace
and charm and . . . well . . . giraffes. The hotel boasts its own herd
of endangered Rothschild giraffes. 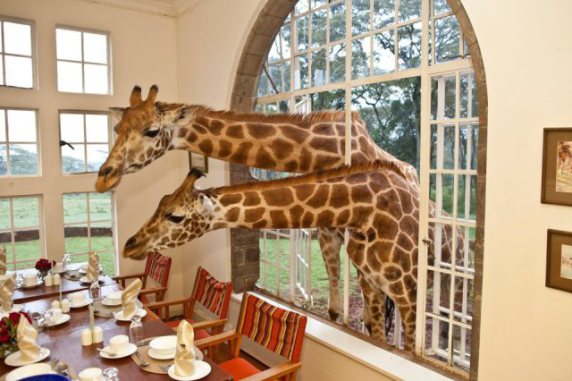 The manor was constructed in 1932 by Sir David Duncan, and was designed to look like a Scottish hunting lodge. Perhaps that is why the beautiful building gives off the impression of being surprised to find itself in Africa. By the 1960s the hotel had fallen into a state of disrepair until it was purchased in 1974 by Betty and Jock Leslie-Melville. 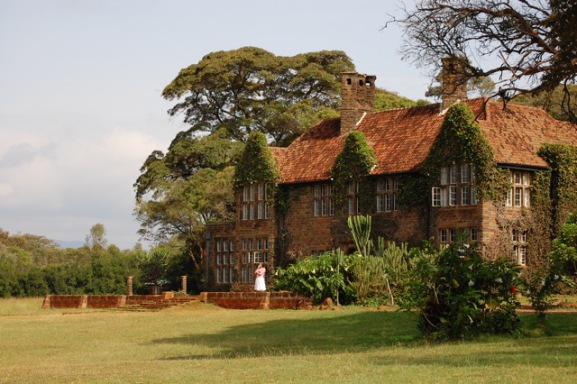 The hotel itself was finally reopened in 1984 under the management of Rick Anderson (Betty's son from a previous marriage) and his wife Bryony. It is a small boutique hotel with just ten luxury bedrooms. All of the proceeds go to support the Giraffe Center operated on the property and the charitable foundation that operates the Center. 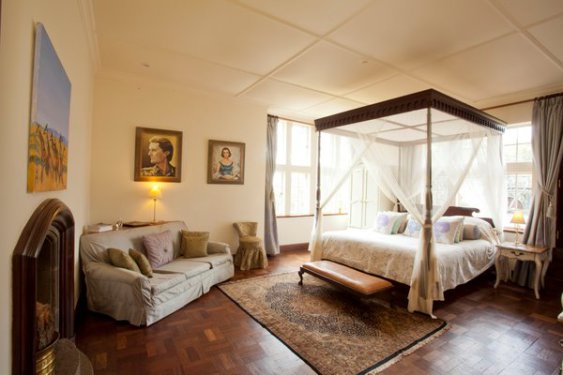 One of the bedrooms is outfitted with the belongings of author Isak Dinesen (Karen Blixen) who was most famous for her book, "Out of Africa." This room has wheelchair access. The home where Karen Blixen lived during her years in Africa is nearby and is now a museum. 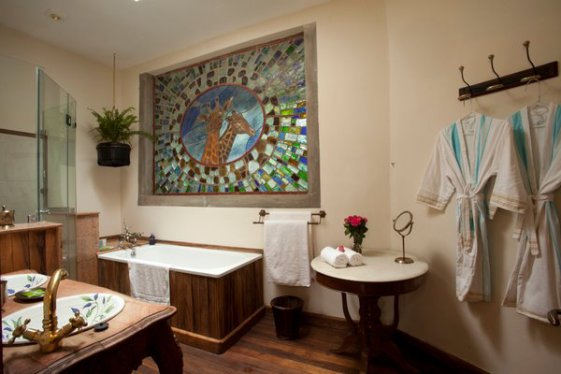 Shortly after their purchase of the property the Leslie-Melvilles learned that the Rothschild giraffes were being endangered by the loss of the ranchlands they had called home. 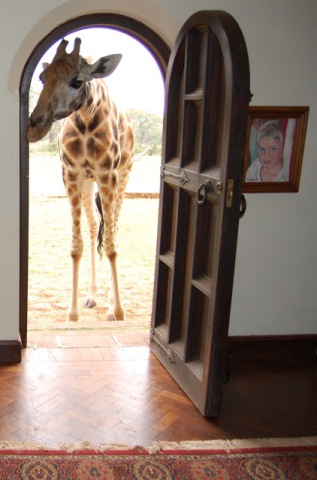 The Manor was already home to three bull giraffes known as Tom, Dick, and Harry, so the Leslie-Melvilles took on two of the displaced giraffes. Since then, the Manor's Giraffe Center, in association with Woodburn Safari Park in Bedfordshire, England, has operated a breeding program with an eye toward reintroducing Rothschild giraffes into the wild with a stronger and expanded gene pool.

There are generally about a dozen giraffes in residence at the Manor at any one time, though right now the number is down to eight. The Center is run by the African Fund for Endangered Wildlife (AFEW). The acronym for the foundation founded by Jock Leslie-Melville says it all -- a few -- as it works with species that only have a few left.

The hotel is one of the few places where you can get to know giraffes personally over breakfast in the dining room as they stop in to say good morning, at the front door as they check out who is coming and going, or even right at your bedroom window. They even vie for the attention of the human guests of the Manor.

The Manor also has a few resident warthogs as well, one of whom is named for Walter Cronkite, who once stayed at there. You can also see bushbuck, dik dik, and more than 180 species of birds. A nearby elephant orphanage . The facility again changed hands in 2009 and is now owned by Mikey and Tanya Carr-Hartley as a part of the Tamimi group of lodges and hotels.

For information on booking the vacation of a lifetime check out the links below.