Which 'Game of Thrones' Warg Or Skinchanger Animal Would You Choose To Be? 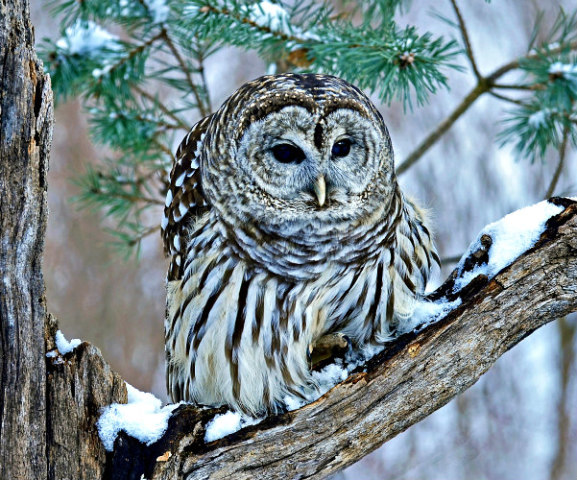 Winter has officially arrived in the Seven Kingdoms: Which Game of Thrones Warg or Skinchanger Animal Would You Be?

Whether you’re a fan of the HBO smash hit Game of Thrones or the books by George R.R. Martin the series is based on, you’re undoubtedly familiar with the crazy goings on amongst the characters and the creatures that inhabit their world. While no definitive time frame has ever been given for the epic events contained within either telling of the story, it’s probably safe to assume it takes place well after woolly mammoths died off (roughly 10,000 years ago, give or take) and yet north of the Wall pockets of them still roam free.

Maybe the area experienced a set of circumstances similar to Wrangel Island, off the northeastern coast of Siberia, where dwarf mammoths are said to have survived until about 3,700 years ago. Who knows? Regardless, if you’re fond of all things great and small when it comes to the animal kingdom and/or you’ve got a healthy appreciation for fantasy, you’re just jazzed they’ve made an appearance. It’s just that much more fodder for the imagination. But what if you could be one for a day, or any animal, for that matter? If you were a skinchanger, like Old Nan used to tell the Stark children, you’d have the ability to change skins and inhabit the body of virtually any creature. Which animal would you choose to be? 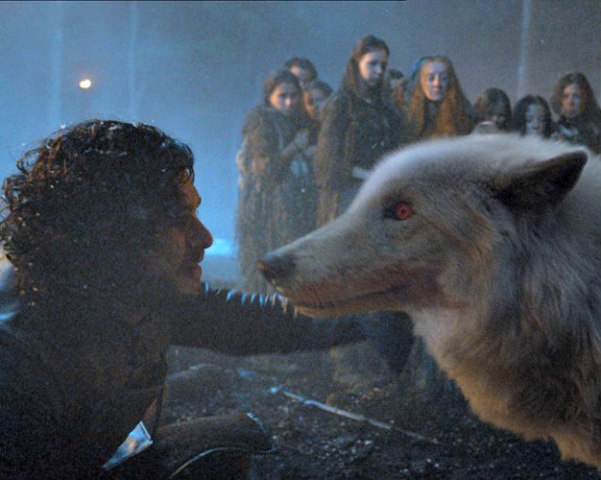 Jon Snow & his Dire Wolf Ghost: Could Jon end up being a warg like Bran Stark? (image via Facebook)

For fans that are a little rusty on their Game of Thrones terminology, a warg is technically a skinchanger, but they predominantly inhabit the bodies of dire wolves. While a warg can “shape shift” into other creatures, skinchangers are apparently limited in that respect and can’t enter or control the spirit of a dire wolf. Whether a warg or a skinchanger, once inside, the individual sees and perceives the world through the senses of the animal they inhabit and even have the power to control them. Bran used to do it with his dire wolf, Summer, and there were times when it seemed Jon Snow was going down that path with Ghost. Plus, we can’t forget the Wildling Orell or Josera Snow who inhabited an eagle and a giant snow bear, respectively.

A Song of Ice & Fire

The first book in the series, entitled A Song of Ice & Fire, laid the groundwork for how it all works, with the ability of skinchanging seeming to be gifted to people who are blood of the First Men, i.e. Free Folk and Northmen, such as the Starks in the latter example. But what if you had a chance to fly like an eagle or survey the forest as a regal stag, blood of the First Men or not running through your veins? What’s your favorite animal or animals and who/what would you want to be first? Would you try them all or avoid creatures that already give you the willies, like snakes? 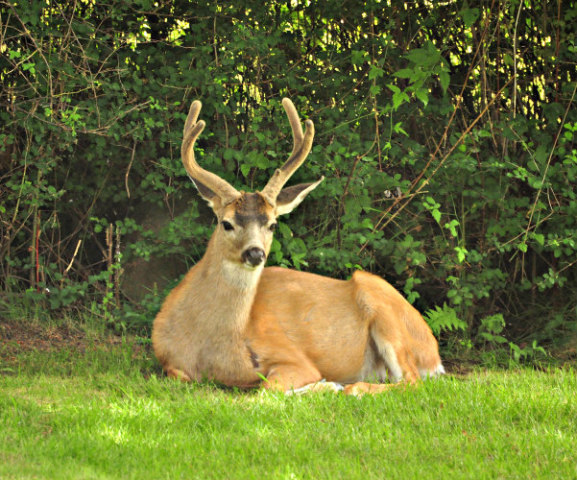 Stags, Birds & Other Animals Can All Be Inhabited By Skinchangers: Would you like to be a Game of Thrones warg?

Additionally, would you use your ability purely to experience how the other half lives, or would you exploit your powers and use them for trickery, harmless or otherwise? We want to know what you think. Tell us in the comment section below who your favorite Game of Thrones warg or skinchanger is, who you’d like to see cultivate the skill or ability on the show, any predictions you might have for next season now that winter has officially arrived and which animal you’d become one with in spirit, if given the chance.

Tiger Versus Orangutan -- Sort Of... In the Animal Video of the Day!!!

At Least He Didn't Go Swimming -- The Animal Video of the Day!!!
Charming Animal Illustrations of Gabriella Barouch