The curious phenomenon of “things that look like Hitler” encompasses everything from houses to horses, allowing one of history's greatest villains to live on - in pop culture that is. Do these 8 creatures really display a definite resemblance to the nasty Nazi, or are we all just seeing faces in clouds?

Is your kitten a Kitler incognito, or even full-on cognito? So-called “Hitler Cats” seem to be everywhere; there's even a Cats That Look Like Hitler website that features over 7,500 images of the toothbrush-mustached, slant-forelocked beasts.

That's a lotta Hitler, and if you think about it ONE Hitler is already Hitler-overload. It's practically a Kitler invasion, a Furred Reich, a kitz-krieg if you will, a megalomaniacal multitude of Heil O'Kitty clones that make The Boys From Brazil look like a Sunday walk in the Polish Corridor and after all is said and done I have just one question... is it safe? (Image via Anita Dalton) 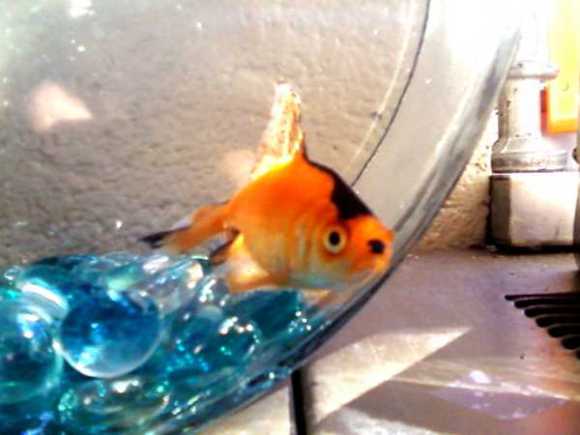 Seventy-odd years too late, the Kriegsmarine's finally found a foil for The Incredible Mr. Limpet. No, it's not adolphin but orange you glad it's a goldfish? “Adolfish the goldfish” rose to fame from humble origins: four-year-old Ellena Schatynski of Stockport, Greater Manchester, UK won the furless fuhrer fish at a local fair. Her family only noticed the fish's startling resemblance to Hitler once they got home, popped him in a fishbowl, and took a good hard look.

"I was afraid he'd try to take over the tank,” stated Ellena's mom, 29-year-old Sarah Schatynski, “but he hasn't yet." Presumably they're feeding him standard fish flakes but if he ever expresses a desire for hamburgers, frankfurters and lebensraum, look out! (Images via Funny Elbow and Michael Adediran's Blog)

Wouldn't “Hitler Stinkbug” be a great band name? Well, maybe not and the actual insect pictured above isn't named that either, regardless of the eerie Hitlerian face peering out from its folded wing covers. Biologists state that many insects use unusual color patterns to fool potential predators into thinking they're frightening and dangerous... and you, Hitler Stinkbug, win the prize.

First noted by a Malaysian farmer from Kluang who espied it scouting out his herb garden, the image of the colorful critter was captured by German photographer Rizalman Kasman who may or may not have seen the original 1958 horror flick The Fly. The bug rose to internet infamy in early July of 2011, almost 70 years to the day after Hitler ordered Operation Barbarossa – the surprise invasion of the Soviet Union – to commence. Coincidence? I think not! (Image via Balakrishnan Valappil)

They say Hitler “wasn't that bad” because he liked dogs, but did Hitler like just any dog or only dogs that looked like Hitler? On the other hand, did dogs respond to His Master's Voice or to the self-styled leader of the master race? On the third hand, did field marshals who performed poorly in the field find themselves in Hitler's doghouse? The surprised-looking stray above might have posed quite a quandary for Der Fuhrer. Suffice to say this is one pooch who'd best consult a psychiatrist ASAP before it goes to war with itself.

On an entirely unrelated matter, did Crate & Beer-Hall, Room & Borman or Ikillya stock those wild wicker swastika patio chairs back in the day? Is there a previously unknown backstory regarding Nazi furniture waiting to be reported on? Final question: did Hitler's own dog (named “Blondi”, of course) sleep in a spotlessly clean doghouse modeled after the Red Baron's Fokker Triplane, or was it just a Messerschmitt? (Images via Terry Ross and The Daily Hitler)

A horse is a horse, of course, of course, and no one can talk to a horse of course, that is, of course, unless the horse is the famous Mister Edolf! Sure you want to saddle up the author of Mane Kampf? If so, be prepared to spur him on to victory at all costs and keep in mind, retreat is not an option. This particular alps-aloosa doesn't respond well to the whip – at least, not in public – and he's been known to champ at the bit when putsch comes to shove.

Once Hitler Horse gets the hots to trot, however, there's just no stopping him... unless he's confronted by a Stalin Stallion, that is. Only then will his un-stable mis-steppes be exposed, his whinnying ways reversed and his reins of terror brought to a halt. (Image via Emma_Boniface) 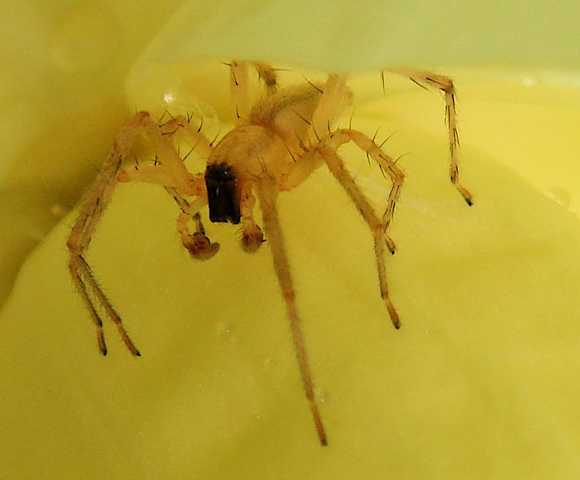 Look he's crawling up my wall, black and hairy very small, now he's up above my head, hanging by a little thread: Hitler the spider! It's enough to give any fan of The Who a case of adolfophobia, and believe me there's a LOT of other things I'd much prefer a case of... like beer and the plague, to name just a couple.

Achtung Kommander Kockroach and your Roach Reich! You've finally met your match in Hitler Spider: an eight-legged freak that, by the looks of it, is a toothbrush mustache mounted on an octet of olive-green legs. Is the 'stache all they could save when Der Fuhrer kicked der bucket in der bunker? Seems so... and just be glad the operation was successful since a bull elephant in heat was waiting in the wings – just in case. On the lighter side, I wonder how many legs he can Heil with without falling over? (Image via East Side Patch) 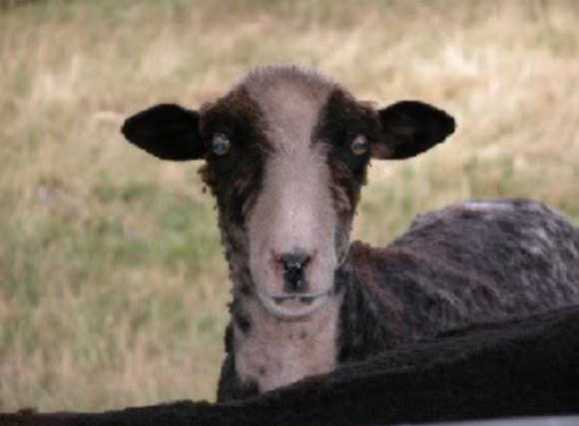 Where does a Hitler Goat do his grazing? Anywhere he wants, thanks to that spineless Chamberlain and his boast of “fleece in our time”. Signing a Munch Agreement (or Munich, whatever) with this guy pretty much guarantees your lush lawns and verdant fields will soon suffer the scorched earth treatment. Why, Hitler Goat, why? Personally, I blame his nanny. (Image via Sport-Touring-Net)

You've got to have more than a snappy salute in your repertoire if you're aiming to join the Bruinshirts... like, it would help to actually WEAR a shirt to your interview. Then again, who's gonna tell this guy he can't join your little club, hmm? Get him mad and things might get a little... grizzly. (Image via The Centre Left) 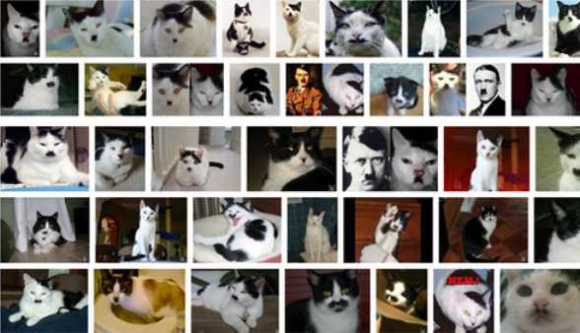 Whew, that's a relief, and for those who believe in karma, at least take some comfort knowing the infamous author, painter and would-be world dominator was reborn as a stinkbug.

READ MORE: 10 Bizarre Bats You Won't Want To Meet On A Dark Knight

The Next NBA Superstar? The Slam Dunk Animal Video of the Day!!!