Turkeys Are For The Birds! Fugly Friday

Believe it or not, the turkey actually did get its name from the country of Turkey. This was due to established trade routes in the early days of North America. It is the large adult toms or gobblers that really bring the fugly. The bubbly red wattles that seem to drip down their necks are one of their uniquely fugly features, as are the fleshy growths on their heads called caruncles. 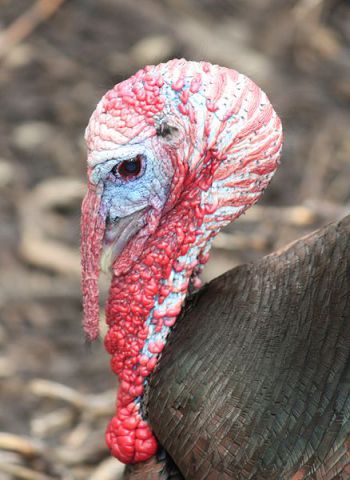 Add to all of that the large fleshy dollop drooping off the bill called a snood, and you have what could be the fugliest bird alive. Many domesticated turkeys have white feathers, the darker feathers with metallic sheens of the wild turkey having been bred out of the species. 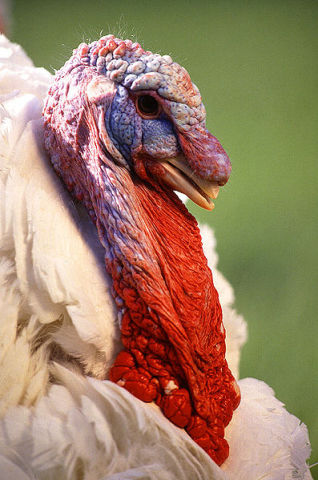 Having turkey for Thanksgiving and Christmas dinners is a relatively new tradition. At one time wild turkeys were common enough that turkey was an everyday food. Pigs and hogs were only slaughtered in November, so it was far more likely to find Americans celebrating the holidays with a plate of ribs.