The helmeted guineafowl is the most well-known bird among the different species of guineafowl and from the neck up it is seriously FUGLY. The bird originated in Africa, but can now be found wild in other areas of the world, including Brazil, the West Indies, and Australia. 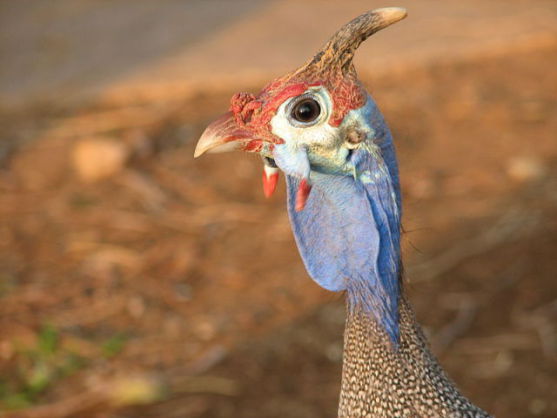 These exotic birds have also found a home in the Wildlife Habitat of the Flamingo Hotel on the Las Vegas Strip, though tragedy in the habitat has led to one less. The area is also home to ducks, turtles, and swans living on small islands in artificial streams. It is an area designed for beauty and peace. 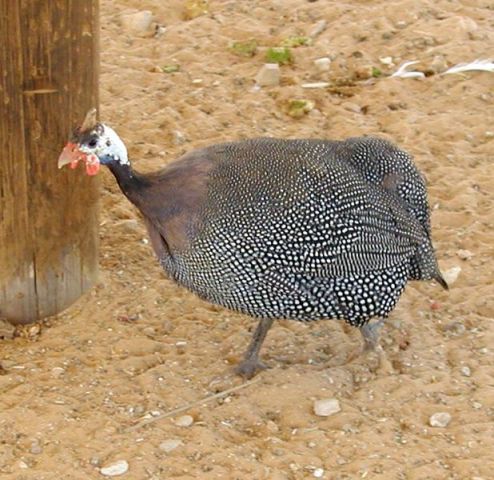 This was shattered earlier this month as video cameras caught two men chasing the guineafowl into some trees. Witnesses say that they emerged carrying the body and severed head of the birds.

Two young men, who claim to be law school students from the University of California at Berkeley, were jailed on charges of suspicion of conspiracy and willful malicious
killing of wildlife. The charge is a felony under Nevada’s stricter animal rights
laws. The police said that the men were also seen tossing around the body of the bird and laughing.

There was no word on whether drugs or alcohol were involved in the incident, nor is there any word on how this brainless escapade may affect the education and careers of the men.

One thing is certain, the helmeted guineafowl may be fugly on the outside, but these men appear to be ugly all the way through.

Kinky Crown Of Metal Thorns Stops Pigeons From Pooping On Lenin Statue
This Penguin Is Very Lucky! The Animal Video Of The Day!!!

Hello, Little Yellow Bird, What The Heck Are You?
Comments