Friending Foxes On Facebook Is The Network's Latest Feature [Video]

Mark Zuckerberg's precursor to Facebook was called Facemash, an app that allowed testosterone-driven college males to determine which coeds were "hot" versus those who were "not." And while Facebook moved beyond this type of superficiality, there are still some who use the FB network to seek out prospective hook-ups. After all, man's attraction to "foxy-looking" ladies is an age-old past-time particularly when one's avatar becomes one's calling card.

Today, however, those who seek out "foxes" on Facebook includes a much broader demographic who are actually interested. . . well, in seeking out foxes! On the eve of Facebook’s one-year IPO anniversary, Facebook's latest buzz focused on a family of foxes who have taken up residence at FB's Menlo Park campus.

According to Alexis Smith, a member of FB's marketing team, it is widely believed that the mother fox, who some call “Firefox” after the Internet browser, and a father fox moved under a deck in the zen garden to give birth to their three babies, or kits.

In addition to their popularity with the Facebook staff, FB users have shown so much of a genuine interest that the marketing team decided to christian their critters with their own Facebook page, dubbed “FB Fox.” Their growing following of 16,775 LIKES (as of this posting), according to Evelyn M. Rusli at the Wall Street Journal, "is far larger than Facebook’s official payroll of 4,900 employees," including CEO Mark Zuckerberg who was one of the earliest fans of the page. 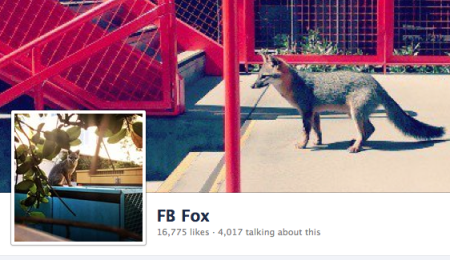 This was followed up by  a recent video submitted by John Mendiola, a security systems engineer, which showed the trio of baby foxes frolicking near some flowers and jumping over each other.

Facebook doesn't intend to get rid their little mascots any time soon, as long as they don't bother employees and vice versa. The company met with U.S. Fish and Wildlife Service officials to get advice on how to best accommodate the the brood. Smith also assured the Journal that the campus facilities team is in contact with local wildlife services to make sure employees are taking the appropriate measures to keep the foxes safe, sound and undisturbed.

So if you're looking for some very attractive foxes to friend on Facebook, there's some hook-ups to made with the FB Foxes . . . that is, as long as you have an interest in the wild and furry kind! 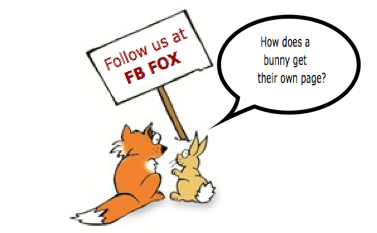 Papaya! The "Newborn Tapir" Animal Video of the Day!!!
Comments