Not sure which team to place your bets on at the next sporting event?
You may want to ask Fred the Ferret who correctly predicted the winner
of the first three 2012 Euro Games.

Fred the Ferret, who resides at Kharkov Zoo in eastern Ukraine, was trained to predict the winners of the 2012 Euro Games.  How did he tell officials his prediction you ask?  Two bowls of beef were set in front of him.  Each bowl had a flag in front of it, one for each team playing.  He sniffed the beef in each bowl, decided the winner, then ate the beef out of the bowl with the winning team's flag in front of it. 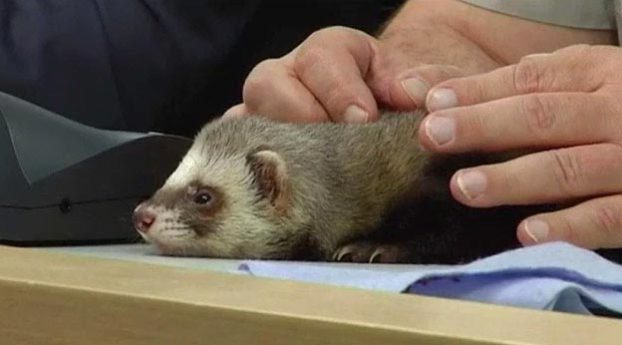 Fred the Ferret not only helped predict the winners at the 2012 Euro Games, but he also acted as a marketing tool meeting fans at the Euro Games Fan Zone.  The Ferret became so popular that he had to get on the social network train to keep up with all his fans.  Want to catch up with Fred?  You can visit the fortune telling ferret on Twitter and Facebook.

The ferret isn't the first animal to predict winners at sports games.  Fred the Ferret shares a talent with the likes of a psychic hog and a mystical elephant who were also predicting outcomes of the Euro games.  The ferret, the hog, and the elephant all follow a trend started by Paul the Octopus in the 2010 World Cup games.  You may call Paul the Octopus the granddaddy of animal fortune telling as he correctly predicted every game Germany played that year.  To top that off, the octopus also accurately picked Spain to win over the Netherlands in the finals. 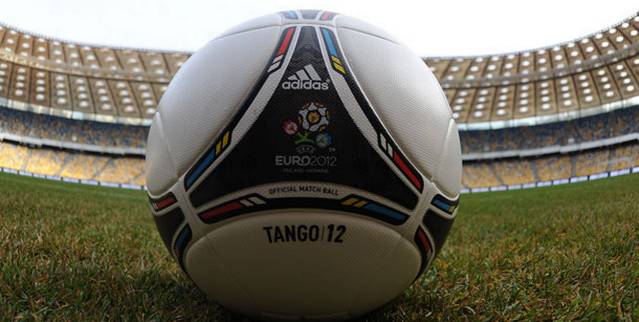 Euro Ball: Fred promoted a contest in which the winner won a UEFA ball.

Unfortunately, Fred's predictions can't quite hold a candle to his predecessor Paul.  Fred ended up predicting the correct winner 60 percent of the time by the end of the Euro Games.  He did successfully promote a funniest photo contest among journalists and bloggers covering the Euro Games however.  The winner got to take home a UEFA (Union of European Football Association) ball.  So you may not want to make your bets based on the ferret's predictions, but if you're into soccer (aka football) or even ferrets, he makes a cute follower to add to your social network friend's list.

Why We Love Jack Hannah -- The Animal Video Of The Day!!!
10 Facts You Probably Didn't Know About Owls (with video)
5 Tips For Creating The Right Home For Your Reptile
So... How Long Would it Take for a Piranha to Chew You Up? The Oddly Fun Animal Video of the Day!!!
Comments