A fox cub somehow managed to get its head stuck in a jar. Perhaps there
was something tasty left to be licked from the inside. Perhaps it was
just a wild streak of curiosity. Whatever it was the little fox had
gotten his head stuck in the jar and was faced with a serious problem.
It needed help. So he asked for it. 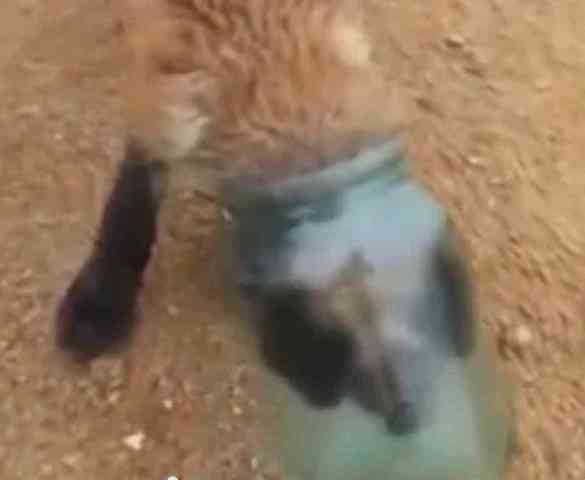 Fox with its Head Stuck in a Jar (You Tube Image)

Somehow, when wild animals are in dire straits, they are learning to come to humans for help. Fortunately most humans are more than willing to live up to the trust the animals are placing in them.

The fox's happy ending is told on a short video as it approaches humans on a dirt road. The humans quickly size up the problem and one of them grabs hold of the jar. The cub still can't extricate itself, so the man gently grabs the animal by the scruff and pulls. The fox pops free and tears off. 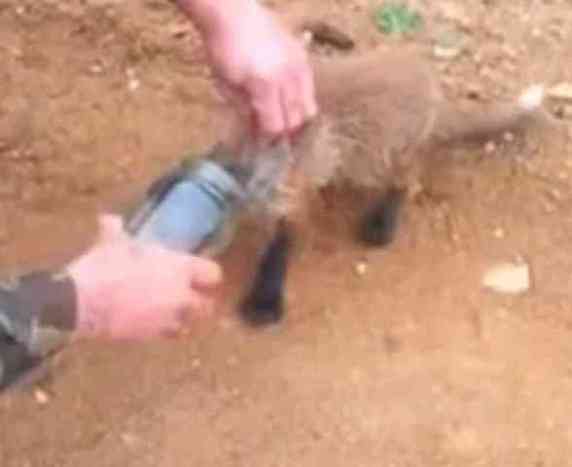 Fox Cub Being Freed from the Jar (You Tube Image)

Once it feels it has made it to a safe distance it pauses to turn around, as if to say thank you, before running off to resume life. Had it not found someone to help its remaining life would have been very short indeed.  Death by starvation or thirst would most likely have been the result.

Tricia And Sweety Prove That Love Is Blind
Comments