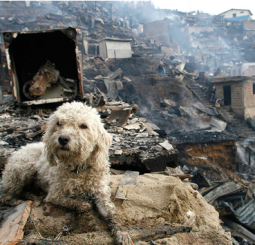 For those who’ve been following the horrific inferno that erupted in Fort McMurray, Alberta, Canada, there appears to be some good news on the horizon. Canadian officials are actually reporting a turning point in the battle to contain the wildfire, noting that a melding of cooler temps and rain is tempering the situation.
The Alberta blaze which ignited on May 1 prompted a massive evacuation of the town of Fort McMurray, where it had scorched over 397,000 acres — some 620 square miles — and destroyed 1,600 structures in less than a week’s time. 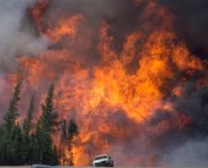 However on May 9th, for the first time since fire started, authorities are sounding more optimistic, noting that they were witnessing a second phase of stabilization now that cooler temps are settling in.

Alberta wildfire official Chad Morrison stated he was "very, very happy" to have "good news" thanks to "a little help from Mother Nature and a bit of a break from the weather."

"We're obviously very happy that we've held the fire better than expected," Morrison told a press conference. "This is great firefighting weather. We can really get in here ... and really get a death grip on it,” added Morrison.

It seems with catastrophic calamities of this magnitude, pets are sometimes an afterthought, particularly when they may have gotten loose from their masters amid the chaos and panic that ensued. Similar repercussions took place in New Orleans with Hurricane Katrina and in New Jersey after Superstorm Sandy, where it’s been recommended microchipping might be considered as a viable solution for keeping track of our pets during climactic disasters.

Canadian Animal Activists to the rescue

In the case of Fort McMurray, a good number of activists are rallying to help those pest that may have been left behind, particularly in abandoned homes.

uring donated kennels for pets of Fort McMurray evacuees was one of the first steps in kick-starting the process.

A group called the “Fort Mac Fire Pet Rescue" has already rescued 230 pets according to one report. Other groups with the same mission in mind included the Edmonton SPCA and the Regional Municipality of Wood Buffalo.

Sam Sansalone who headed up the FMFPR initiative says they were told they couldn't continue to help official efforts because police were concerned people may have been looting the houses while claiming to rescue the pets. 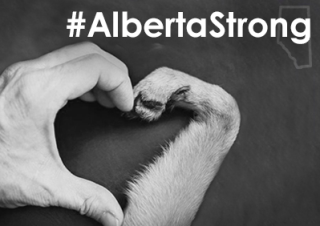 While Sansalone understands their concern, he believes official resources are spread too thin, and civilians should be allowed to help. He says the group has received more than 4,000 emails since forming their volunteer groups, most of whom came from Fort McMurray evacuees who were justifiably concerned about their missing pets.

What are your thoughts, readers? What are some other methods for securing the safety of pets in Fort McMurray and what charities should be notified to assist in these endeavors?