A high school teacher in Naples, Florida was injured last month during a
fly-by fish dropping while serving on lunch duty. The name
of the teacher was not released to protect her from further fish-related
puns. The fishy incident was investigated by deputies who believe that
they have identified the suspects involved. 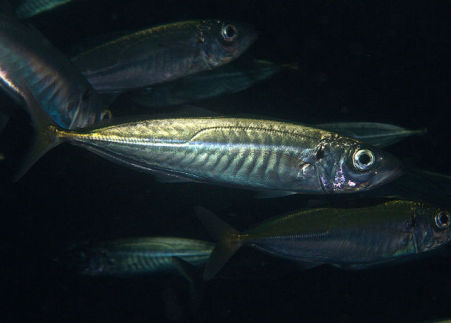 Just past noon on the date in question, the teacher was involved in lunch duty in an area of the school known as "the Oasis." Without warning a fish fell from the sky, hitting the woman in the head. The culprit was identified as an Atlantic Spanish Mackerel or "Mack." He is believed to have had an accomplice. Witness reports suggest the accomplice was an osprey. Some claimed that it may have been an eagle, but authorities believe that this was just a red herring.

The suspect was escorted to the school office where he clammed up and refused to answer any questions.  It is believed that he did it just for the halibut. Since the teacher had no known anemones, it is believed that she was not specifically targeted for the attack.

Fortunately, Mack was a bit of a shrimp and the teacher was not seriously injured. She was taken to the school clinic where she was treated for minor injuries and released.  She claims that this incident has prompted her to review her porpoise in life and that she wants to continue to kelp others.

To read the original report by school authorities, click here.

Lamprey -- The Scary Animal Video of the Day!!!
Pacu Fish Coming To A Lake Near You With Big 'Human' Teeth
Comments