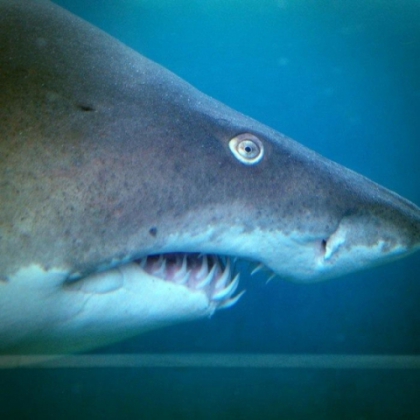 Come to Florida! We’ve got sun, fun, Mickey Mouse, a trio of NFL teams, and more recorded shark attacks than anywhere else in the United States! (I blame the tourists…)

While your average Floridian is statistically much more likely to get into a car accident or win the state lottery, people still cringe at the idea that there are potential giant man-eating sharks just off the Sunshine State’s pristine beaches. Well… To be fair, there was that one 16 ½ foot great white shark that cruised the Atlantic Beach coastline last month!

Again, if you do decide to come and visit Florida, don’t be afraid to enjoy the Atlantic Ocean and the Gulf of Mexico! With copperheads, water moccasins and american alligators a common sight here, it’s the fresh water that you’ll want to avoid swimming in!
On second thought… I’ll meet you at Disney World.