If you are going to take up a life of crime, you may want to check your
love of cats at the door. One young man in Florida got tripped up by
just this when he was trying to elude police last year. If he hadn't
stopped in his attempt to escape capture to play with some cats he would
have gotten away and it was the police who would have been foiled. 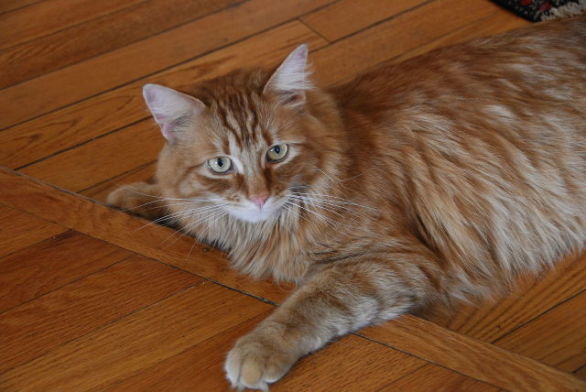 Daniel Pinedo Velapatino had reportedly been up all night taking drugs with a friend when he stole $6,000 from said friend. Upon the escape from that situation he crashed a Lexus into a police cruiser. Oddly enough this brought him to the attention of the local authorities. A high-speed chase ensued and he eventually fled on foot.

He lost the police when he ducked in through a sliding glass door in the Noonan family's home in Boca Raton. Candace Noonan was at home at the time and was quite surprised by his sudden appearance. He then claimed to be mowing the lawn next door and asked if he might have a glass of water. When Mrs. Noonan returned with the water she found him on the living room floor playing with their cats. 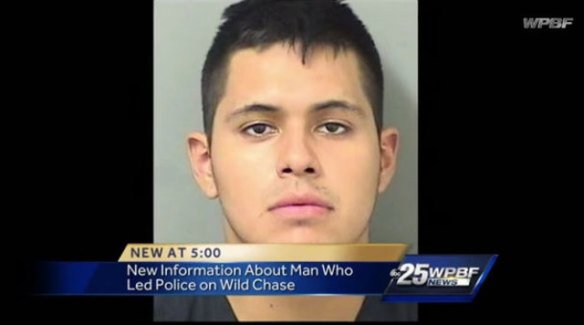 Assuming that Velapatino was either very high or mentally handicapped in some way, the she called the police. This, and her husband's return home, caused the man to flee again. The police caught up with him when he jumped into a canal and he was picked up by a police boat.

This strange little spree was apparently motivated by the fact that he owed his mother $2,000. She must be so proud. At least the Noonans and their cats have a story that they can tell for years to come.

Is Your Cat A Killer? Domesticated Outdoor Cats Found To Kill More Wildlife Per Area Than Wild Cats!
PetsLady's Pick: Beautiful Spring Cat Of The Day

Japan's Cutest Bathroom Tissue For Those Who Just Love Cats
An Unlikely Friendship -- The Animal Video Of The Day!!!
Comments