Fish Having Minds Blown On Acid

The real reason that Nemo may have needed to be found may have more to
do with the acidification of the oceans than with a Disney script and
storyboard. As it turns out the increase in carbon emissions, which
increase the acidity of the sea, is having an effect on the mental
health and behavior of marine life, including 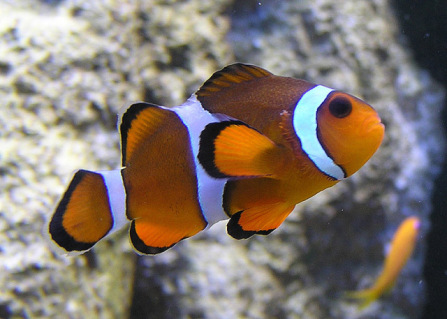 A number of studies in recent years have shown that small mollusks and crustaceans have had greater difficulty developing a properly hardened shell in the presence of a lower pH, or higher acidity. It also makes it harder for vertebrates to develop a proper skeleton, and it reduces reproduction rates. Researchers are now beginning to find that this rise in acidity is messing with their minds as well.

Clown fish normally stay very close to the coral reefs they call home. Experiments have shown that the lower the pH in the water the more likely the clown fish are likely to stray further from the safety of the reef. The danger is the further from the reef the greater the chance of being eaten by predators. The higher acidity also makes them less able to distinguish between friend and foe.

Abnormal behaviors have been noted in other species as well. While scientists are not certain why this is, they suspect that it may be that the increased carbon dioxide levels interferes with a neurotransmitter in the brain called GABA. This neurotransmitter is key in regulating the activities in the nervous system of almost all animals, including humans.

The rising levels of carbon dioxide in the oceans appear to be having a greater effect on marine species that originally thought. The challenge now is how to mitigate or reverse these effects.