On April 20, 2010, Deepwater Horizon (also referred to as the BP oil spill) was a disaster in the Gulf of Mexico considered the largest accidental marine oil spill in the history of the petroleum industry. More than 8,000 birds, sea turtles, and marine mammals were found injured or dead in the six months following the spill.

Tens of thousands of animals needed to be cleaned of the oily residue that coated their bodies. Proctor & Gamble's Dawn dishwashing detergent was considered by many to be the best method, after dismissing other products such as paint thinners and nail polish removers.

The solution was considered mild enough not to harm the sensitive areas around the animals' eyes and feathers. Dawn's role as the official de-oiler has been a marketing boon for Procter & Gamble. A commercial for its "Dawn Saves Wildlife" campaign shows oil-covered ducks and otters being cleaned with the product.

The company donated $1 to saving wildlife for every bottle bought and registered online. Susan Baba, the Dawn brand spokeswoman, noted the campaign will have raised $500,000 by the end of June.

Some folks, however, are not feeling as positive about the use of Dawn. Melissa Bell in her Washington Post review stated that many "are not feeling particularly warm and bubbly toward Dawn -- because Dawn is a petroleum-based soap (which means, in essence) bird rescue groups are fighting oil with oil."

Ben Busby-CollinsAt the time, Ben Busby-Collins, the founder and chief executive of Ballard Organics Soap Co., said, "If we're trying to reduce our demand for oil and you're using a petroleum-based

Busby-Collins followed up by sending 1,000 bottles of his plant-based cleanser to animal rescue groups in the Gulf in the hopes to remove the oil as effectively as Dawn.  Unfortunately this forward-thinking man passed away this past January. His company born of a hobby was his legacy where his soaps (without pesticides or solvents) were sold to grocery chains and stores such as Whole Foods, Bartell Drugs and PCC Natural Markets.

But the question raised by Busby-Collins is one that should continued to be reviewed. If the U.S. is ever to wean itself of its reliance on oil, shouldn't we also consider eliminating the purchase of all the other consumer products in our life that are petroleum-based?

It's a hard one to answer since so much of what we purchase falls into this category. Your thoughts readers? Is Dawn and other petroleum-based products mild enough to keep on the shelf, or should we look for the alternatives Busby-Collins was suggesting? 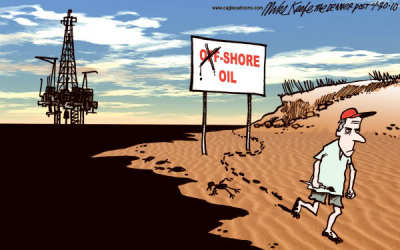