As I approach my 60th birthday, I want to write about some of the places in the USA where I have sought out some of the rarer butteflies I have seen over the years. At first I thought of ranking them in a "Top Ten Butterfly Hot Spots"  format, but realized quickly that there is no way for me to do that in any meaningful way  (meaningful to me or others).   Butterflying, like birding, is an inevitable mix of returning to favorite locations and heading off to places where you have never been before.  Everyone has their own quirks and preferences, and I probably have more eccentricities than most, even in a pool composed primarily of eccentrics. 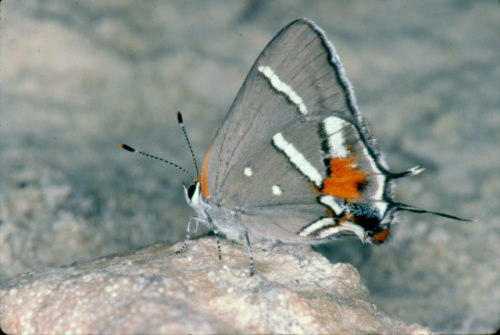 Big Pine Key is the largest of Florida's Lower Keys.  Although it is dreadfully overdeveloped, as are most of the Keys (and all of the larger ones) it still has some decent habitat because of the presence of the Key Deer, an endangered subspecies of the abundant White-tailed Deer. This subspecies is often said to be "collie-sized" which strikes me as an exagggeration, but, in any event, they are noticeably smaller than their conspecifics on the mainland.  A certain amount of land has been set aside for them in the National Key Deer Refuge and, just as importantly, there is a lot of land in private hands that the state will not grant permits for building on because it would have an adverse impact on the deer, or at least that appears to have been the case the last time I was down there. (The politics of of all this is beyond the scope of this piece, but the point is, as long as there is some land protected from development because of  the legal status of the Key Deer, there will be some habitat for the special butterflies as well, although that is no guarantee that they will not suffer from other impacts such as introduction of non-native species, etc.)

Without checking my notebooks, my recollection is my first trip there was in May of 1986, and it was  the habitat photos in Paul Opler's and George Krizek's classic  "Butterflies East of the Great Plains" that put the craving to visit there in me. I can't recall without checking my notebooks how many times I have been there since, but I went quite a few times when I was involved in Florida's tobacco litigation in the 90s. 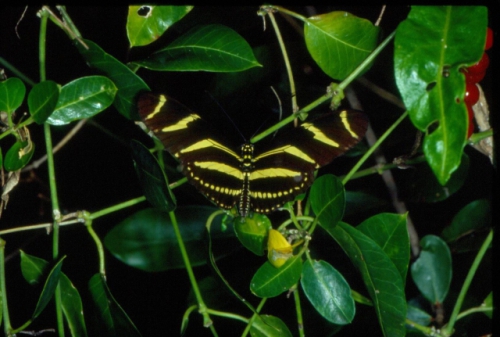 There are four main butterfly habitats on BPK and the Keys in general :  tropical pine forest/scrub, hardwood hammocks, salt marshes and mangove thickets, each with its own suite of specialists. Add to this mix the gardens and lawns associated with the residential areas and there is  habitat for a wide array of species.  In fact, BPK has 68 species recorded from it according to "Butterflies of the Florida Keys" by Marc Minno and Tom Emmel (1993). That is more than any other Key except Key Largo which is much larger and much closer to the mainland. Since that list was published, at least one other species appeared on BPK for a few years and then died out  - - Ammon or Nickerbean Blue. Other species are declining and may already be gone, including the beautiful Florida Leafwing.  Why these species are disappearing is anyone's guess but the usual suspects come to mind: invasive plants, invasive insect parasitoids, habitatat degradation, including aerial spraying of insecticides for mosquito control, etc. It is even reported that on nearby Bahia Honda Key, a population of Miami Blues was wiped out by introduced iguanas destroying the host plants.  Wouldn't surprise me, but who knows?

But there are still species on BPK that you are unlikely to find anywhere else in the USA as easily as they are spotted there.  There are hotels on BPK and on the nearby Keys as well. To get there you can fly to Miami and drive south or fly to Key West and drive north.  My experience is the best time to go is from late February to May.  It gets too hot and dry in the summer months for the butterflies, let alone people.

First NYC Café To Go To The Dogs