Family Suing City After Their Dog Was Killed By Police

The Moore family of Erie, Colorado, is suing the city and a police officer after the
officer shot and killed the family's German shepherd while responding to
a call in May 2011. Brittany Moore and her three daughters want to see changes made to the policy on how
officers handle family pets on the job. 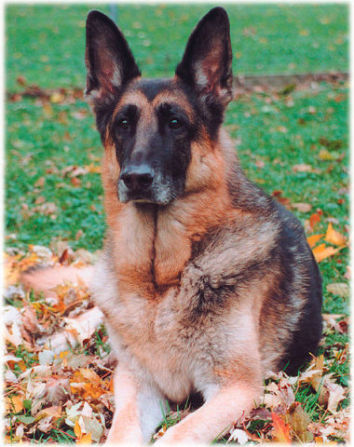 The Boulder Country District Attorney has not filed charges against the officer, Jamie Chester, siting that the shooting had been an appropriate use of deadly force. Moore's attorney, Jennifer Edwards, of the Animal Law Center, points out that there are no "use of force" policies in place when it comes to family pets. Officers in Erie are equipped with a couple of alternatives -- a capture pole and pepper spray.

Moore claims that many things could have been handled differently. The officer reportedly made no request for her to control her dog and did not warn that he was about to fire his weapon. The dog's body was taken to Colorado State University for a necropsy, which reportedly showed that the dog had been shot in the back. A police spokesperson said that the bullet had actually entered through the animal's left shoulder.

The same officer had shot and killed a black Labrador retriever in 2007 after it had mauled a 9-year-old boy.

It has taken a year for the family to file the suit because they were hoping to receive an apology from the officer involved. Chester has not done so.