Everyone In This Bar Knows Mr. Wu

In the aftermath of Hurricane Katrina a lot of pets were left homeless.
It was a massive undertaking to round up the animals and find their old
homes or provide them with new homes. Some particularly enterprising
pets were able to find their own way into a new situation. Such was the
case with Mr. Wu, a tabby cat that showed up at a bar in the French
Quarter during the storm and made himself to home. 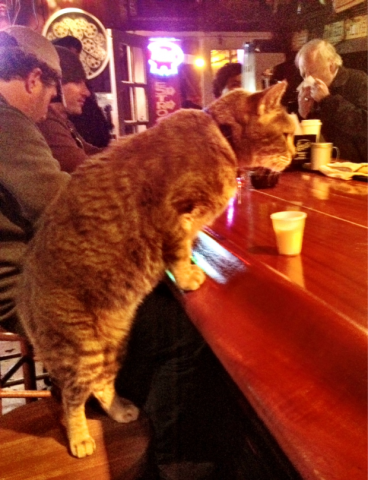 Mr. Wu at the Bar (Image via Mental Floss)

Mr. Wu is in permanent residence at Molly's at the Market where he lounges and sleeps like other cats, makes friends with the bar patrons, and occasionally bellies up to the bar for his usual -- a bit of cream. He always receives his signature drink in a small go cup. 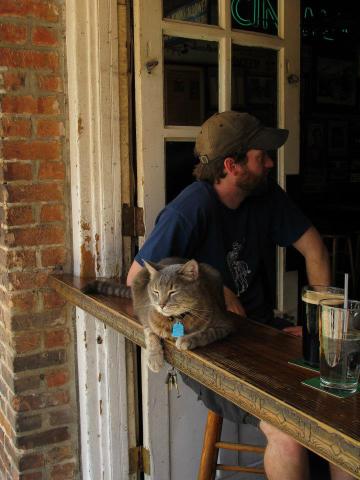 No one knows where he came from before the storm and if Mr. Wu remembers anything of his pre-Katrina life he isn't talking about it.

Life in the bar allows Mr. Wu to feel like the center of attention while surrounded by friends. Naturally he has made lots of friends. He may not earn his keep tossing out drunks, but he has probably scared a rodent or two out of the neighborhood. 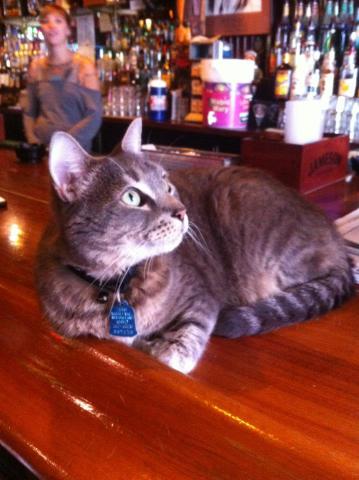 I suppose this shouldn't be all that surprising -- cats are well known to land on their feet. And he is obviously happy and healthy being a party animal.

Sometimes Curiosity Rescues The Cat
This Dog Is Very Good At Her Job -- The Animal Video Of The Day!!!

Creepy Cat Head Masks Give You The Eye Of The Tabby