After 15 years of working as the rodent control officer on board the CSS
Acadia in Halifax, Nova Scotia, Canada, Erik the Cat, a.k.a. Erik the
Red, has retired from duty. It all started back in 1998 when the ginger
tabby was a stray who wandered onto the ancient ship that had been
transformed into a museum. He came aboard as a stowaway and never left -- until now. 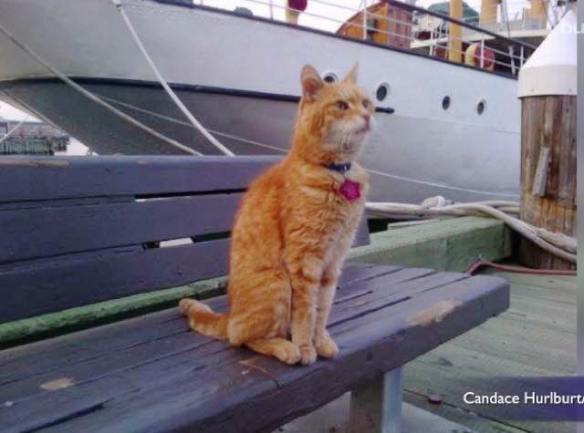 Erik the Cat on the Dock (Image via Love Meow)

The 102-year-old ship is moored outside the Maritime Museum of the Atlantic and, while it never leaves the dock, it still has the same issues with rodents as all ships. Erik's penchant for hunting came in very handy when he arrived. A nearby building was being demolished and the displaced mice were coming on board. He made short work of them. There had already been a rodent control officer in place named Clara, but she was less enthusiastic about her duties and Erik was quickly promoted once she retired due to ill health. 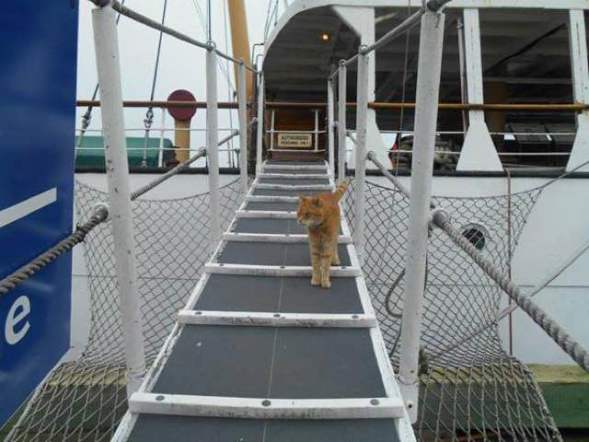 Erik the Cat on the Gangplank (Image via Love Meow)

Erik had free rein of the ship and the port light was left open for him so that he could come and go at will. He would patrol the docks, meet and greet with his friends, and keep an eye on the perimeter. He was his own cat, living on his own terms.

Now Erik is estimated to be around 18 years old and he is starting to show his age. Winters on the ship are just too hard for him anymore. He also has lost an eye to melanoma. On September 20, 2015 the staff gave him a rather extravagant retirement party (for a cat). While he slept most of the time like any cat, he was still willing to accept all petting from his adoring friends and fans. 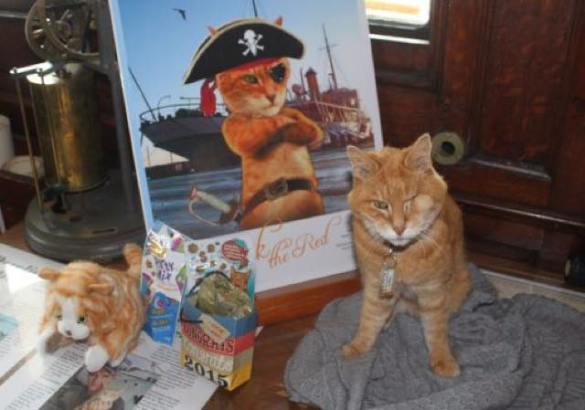 Eric the Cat at his Retirement Party (Image via Love Meow)

He will now become a landlubber living in the north end of Halifax with the ship keeper, Steven Read. Read and Erik have been together since the beginning and Erik has left Read many a little mousey gift. No doubt this change in lifestyle will take some time to adapt to, but when the snow flies and he is curled up nice and comfy in a warm house he will make the adjustment.

Cuddles Are Always A Good Thing -- The Animal Video Of The Day!!!

Valentine Cat Displays True Love With A Heart On Her Chest

Good Luck Getting Past This Animal Video of the Day... The Cute Factor is Cranked Up to 1000.
Comments