A bright green cat seen multiple times on the streets of Varna, Bulgaria, has caused a stir among cat-lovers who suspected it was painted by pranksters. 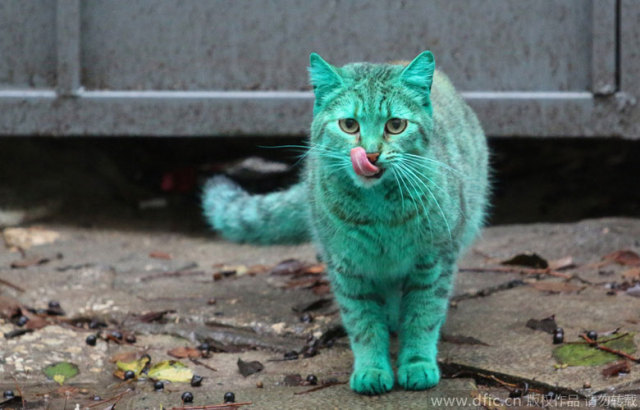 There's another explanation for the cat's curious color, however, so hopefully the angry online mob will put away their virtual torches and pitchforks. 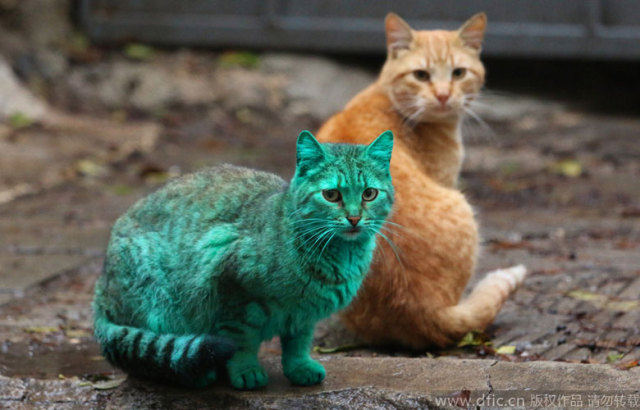 The unnamed feline appeared none the worse for wear as it patrolled Varna's network of twisting alleys – if its fur wasn't tinted a particularly bilious shade of minty blue-green it's doubtful it would attract any attention at all. Certainly its alley cat homeys paid no mind to its shade. 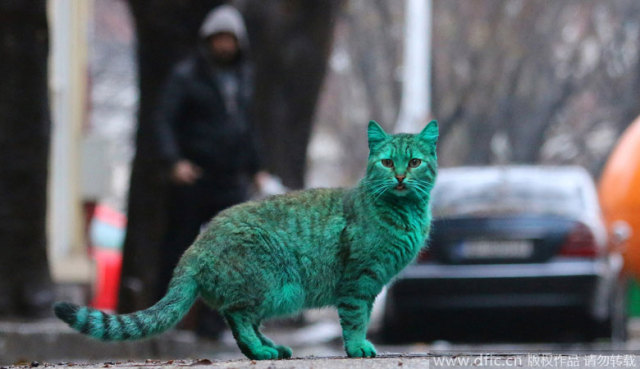 After a number of sightings were followed by posted smartphone photos, anger began to flare over what many assumed to be a cruel prank by vandals. A Facebook group called “Punishment to the the perpetrator of this criminal act!” was set up; further fanning the flames. 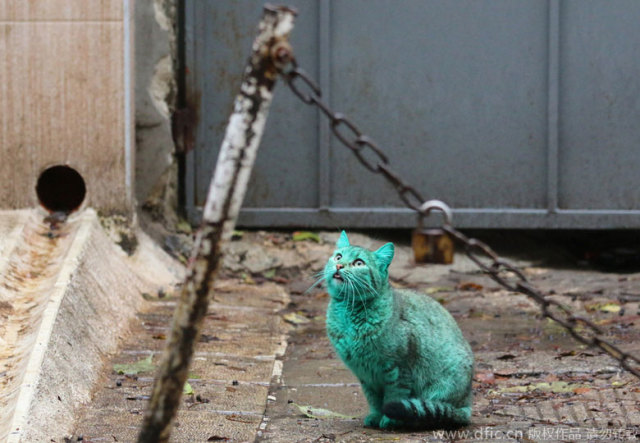 Luckily, someone decided to do some paws-on-the-ground detective work and in short order, a viable explanation was found. It seems the cat had taken to sleeping in a garage, on top of an abandoned heap of synthetic green paint. As cats sleep an inordinate (by human standards) number of hours daily/nightly, contact with the paint had caused it to tint the cat's fur. 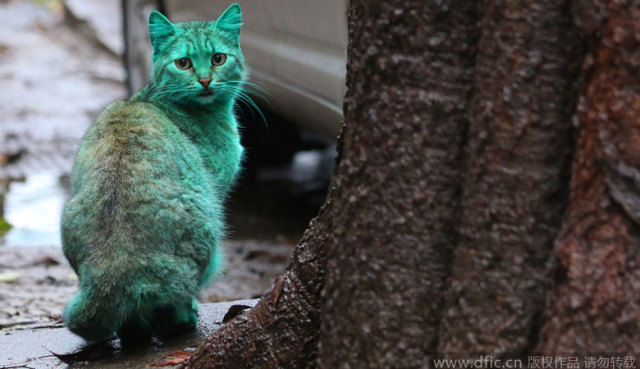 While it's good to know human evildoers aren't involved for a change, one would hope Varna's animal protection services would step in and remove the paint – even better, provide the cat with sleeping materials that aren't color-transferable. Cats lick their fur to clean it and green hairballs are the least of the poor puss's potential problems. (via CRI English)

Los Angeles Moves To Allow Only Rescued Animals For Sale

A Shy Trout Is A Safe Trout
Comments