When one mentions elephants or donkeys, what do you conjure up? Dependent on where you hail geographically, you might own one as a pet or as a means of transportation. Certainly in Africa and Mexico, that would be the case. In an election year, in the U.S., one might align the elephant and the donkey with the symbols representative of the country's two political party system. But who would ever reference these two animals as advertising hucksters or promoters of brand products?

Well, in conducting some research, I uncovered two exceptional ads, one starring elephants hawking peanuts and another with a donkey hyping beer. In both cases, they made perfect advocate choices for the brands they were recruited to promote by their ad agencies (aka "Mad Men").

Back in October of 2008, the Indonesia office of the Ogilvy & Mather Agency secured the KayaKing Jumbo Peanuts account. The creative print ad campaign they developed involved not only elephants, but some real out-of-the-box thinking. Featuring one elephant practicing the Heimlich maneuver on another, it's appears that Kayaking's peanuts are so jumbo, it would be difficult for any animal to swallow, without cracking its shell first. Effectively conceived, this ad targets both animal and peanut lovers. 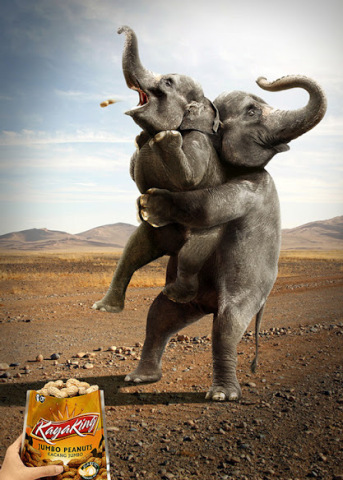 In 2004, how many of you remember the touching treatment Budweiser lent to its NFL Superbowl ad? Hearkening back to the theme made popular in the Sly Stallone's "Rocky" movies, the story that was told in that one-minute vignette was heartfelt and identifiable.

This is the age-old tale of the little guy's triumph against great odds. Wanting to be a Clydesdale all his life, and despite being born a lowly donkey, he manages to find a way to fulfill his dream. The advert is a testament to keeping your eye on the prize and not compromising when seeking to reach your goal.

So, I got to thinking after surfacing these two distinctly different approaches, if there might be some kind of metaphysical connection between these two ad campaigns and the current presidential election campaigns that are currently underway. 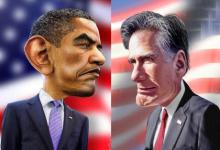 And without giving away too much as to my political bias, it did strike me that Romney and Obama could easily be stand-ins for elephant and the donkey in these ads. After all, as was witnessed in the first presidential debate on October 3rd, it did appear that Romney was  prepped well in learning how to regurgitate all of Obama's previous political positions, undergoing a political Heimlich maneuver of sorts. And Obama who from all reports was beaten down by his opponent did appear to assume the position of the uncompromising dark horse who chose not to sacrifice his principles for the temporary political gain of this first debate.

Question is will Mr. Romney continue to choke on his own words over time and will the little-donkey-that-could earn the coveted prize of another 4 years in the White House? Sorry, I guess you NOW know what Clydesdale I'm betting on. Your thoughts, readers. Elephant or donkey? 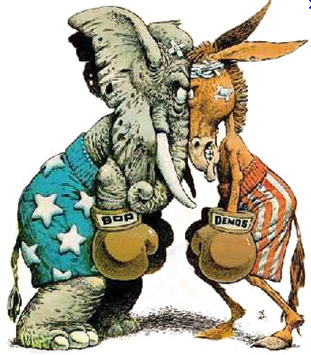