In 2013 Dipak and Lalita Mahato were having dinner at their home in
West Bengal, India, when they heard a crash come from the bedroom. They
went rushing in to find an elephant on a rampage. Their baby was crying
and surrounded by debris. When the crying died down the elephant began
to move away. When the child began to cry again the elephant returned
and began to gently pull the chunks of wall away from it. 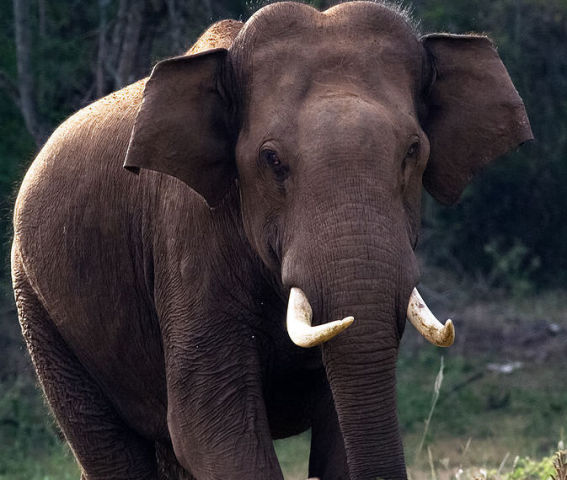 Asian Elephant (Photo by N. A. Naseer/Image via Wikimedia Commons)

Once the elephant had cleared the debris from the 10-month-old baby's bed it quickly returned to the safety of the forest. This scene of apparent tenderness on behalf of the elephant has astounded many people. While Lalita commented that it was because their village worships Lord Ganesh, the elephant god, researchers believe that there might be another explanation.

Diminishing forest areas and increasing human activity are bringing both elephants and humans into contact and conflict more and more often. Villages being built sometimes block traditional elephant migration routes and so the elephants move right through them when migrating.

Researchers have found that elephants may be able to tell which humans are more likely to be a threat based on age, gender, and even ethnicity. Research has shown that elephants also apparently have a "word" for humans so that they can communicate our presence to one another.

One thing is for sure -- you can't really call an elephant a dumb animal. They are very smart creatures.

It May Be Time To Get A New Guard Dog -- The Animal Video Of The Day!!!

Is This Cat Spiderman? Er... Um... Spider Cat? The Animal Video of the Day!!!
Comments