Electronic Nose Challenges The Dog As Most Sensitive To Human Smell 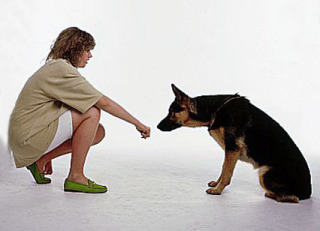 While dogs are being cloned for drug-sniffing jobs in South Korea, a kind of mechanical dog is being built in Spain to biomimic the dog's sensitivity to human skin vapors.  The developers are calling it the "electronic nose."

Researchers from Yale University and a Spanish company, Boecillo Technology Park, have created a system of identifying specific vapors released, for example, by a human hand.

As the vapors are mostly fatty acids, which are not very volatile, it would normally be difficult to analyze them with spectrography.  But to make them more detectable, the researchers ionized the vapors with an electrospray and then analysed them by mass spectrometry -- with successful results.

“The great novelty of this study is that, despite the almost
non-existent volatility of fatty acids, which have chains of up to 18
carbon atoms, the electronic nose is so sensitive that it can detect
them instantaneously,” says Fernández de la Mora.

The researchers theorize that it is the scent of these fatty acids that enable dogs to identify people. In addition to detecting humans by their smell, the electronic nose was shown to be extremely sensitive to very small amounts of explosives, setting a world sensitivity record!