There is no doubt that 81-year-old Patricia Delaney loves animals of all
kinds. She loves all animals from the top of the food chain on down.
She is especially into horses, but she can't ride anymore thanks to her
Parkinson's Disease. Being confined in a nursing home has severely
limited her chances of getting to interact with animals -- until her
social worker came up with the idea of bringing a zoo to her. 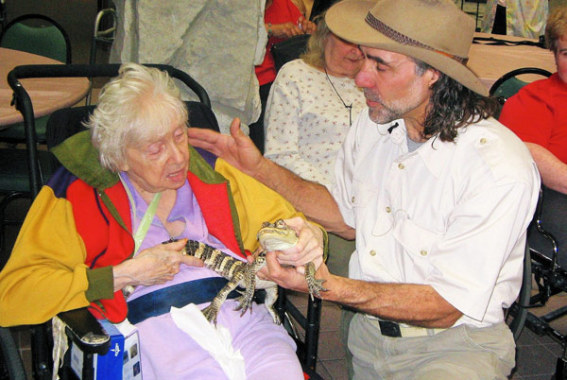 Okay, it isn't exactly a zoo, but it is a traveling animal show run by a man known as "Jungle Terry." He had brought twenty animals with him as a part of his Jungle Animal Program, including a frog, a skunk, a spitting cockroach, a python, talking birds, a chinchilla, and an alligator. No matter what kind of animal it was Delaney wanted to touch and hold the creature, even when the other residents of the home were looking for an exit. 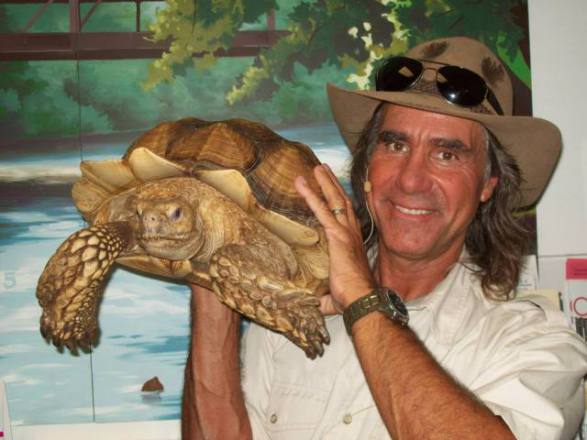 She even was interested in the large python that may have been eyeing her as a tasty snack, but Delaney was fearless. The normally quiet woman was in her element and kept laughing with joy. It was a dream come true and a day to remember forever.

Florida Golfer Tries For A Birdie, Ends Up With A Gator

Learn To Use Chopsticks With A Little Animal Help
Comments