Dusty, The Klepto Kitty, Is A One-Cat Crime Wave

Dusty, the cat, is the most famous cat burglar ever to strike in San
Mateo, California. He has stolen hundreds of items in his home
neighborhood and everyone there knows where to check for missing items
-- from underwear and swim suits to a bag of water balloons and a
couple of Frisbees. The local kids have been learning the hard way not
to leave anything outside overnight. 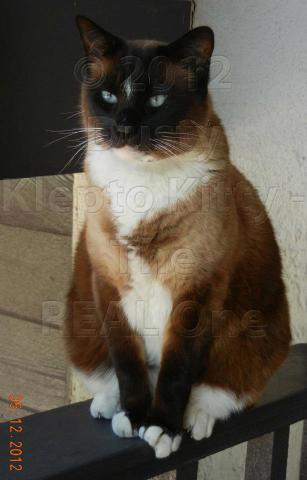 The little looter is a Snowshoe cat who lives with his human mom and dad, Jean Chu and Jim Coleman. They first began to suspect Dusty's larcenous tendencies when they started finding things around the house that did not belong to them. They were able to confirm their suspicions and allow the neighbors to reclaim their possessions.

When things belonged in pairs, Dusty makes two trips to get it all. This includes pairs of shoes and bikini tops and bottoms. He does not limit himself to possessions. His raids also include newspaper bags and Taco Bell wrappers as well. At least when he is collecting the latter he is performing a community service and tidying up the area. 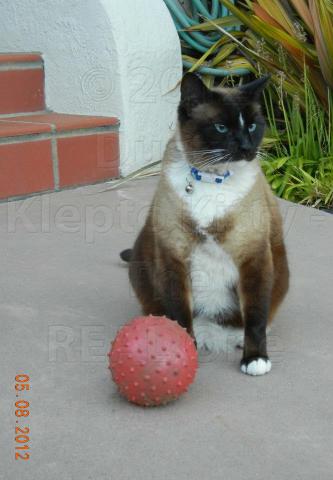 Dusty, the Klepto Kitty and a Bit of his Ill-Gotten Booty (Photo via Facebook)

During the day Dusty is like any other cat and spends his leisure hours, which is all of them, eating and sleeping, but when night falls this kitty comes alive and goes on the prowl for whatever strikes his fancy. By the look of things everything strikes his fancy

Dusty's notoriety for his infamous crime sprees spread when he was featured on the Animal Planet show "Must Love Cats." The show set up a motion-detecting, night-vision camera to catch the felonious feline red-pawed. The resulting film footage shows Dusty returning from his late-night forays with everything from a sponge to a doll. 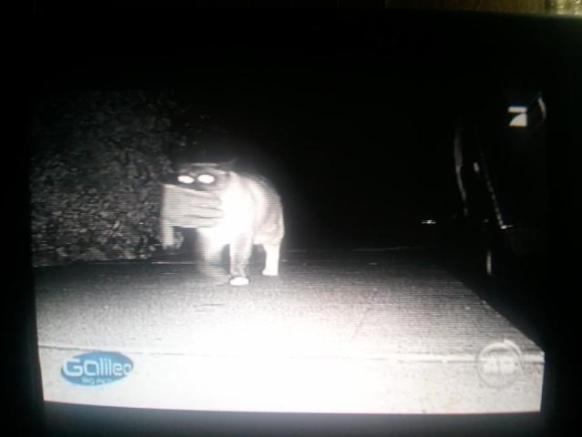 Dusty, the Klepto Kitty Caught on Camera (Photo via Facebook)

With his fame has come a slew of personal appearances from meeting David Letterman on the Late Show and various functions around the San Francisco Bay area.

In case you are wondering, his record haul for one night has been 11 items. He seems to live by the motto "Too much is never enough." Amazingly, he does not appear to have the need to shred any of these items.

Biting Satire Phases Out Humans To Save The Planet

PetsLady's Pick: Grumpy Do A Grouch A Favor Day Cats Of The Day
Comments