The man in the YouTube video was a safari guide at Kruger National Park,
South Africa, where he foolishly charges headlong at an absolutely
massive bull African elephant after being goaded and cheered on by the
people around him. This guide is extremely fortunate that the elephant
didn’t trample him into jelly, although he has since been fired from the
preserve.

Marlon du Toit, one of the “lucky” man’s friends, provided the following statement via his Facebook page about the incident:

"As a result of the recent spread of video content portraying a game ranger confronting a wild elephant I would like to acknowledge that I am responsible for the incident and sincerely regret my harmful and dangerous behaviour. I completely agree with comments that have been made about the unprofessional and unethical treatment of animals. I admit full responsibility for the actions and am deeply, deeply remorseful." 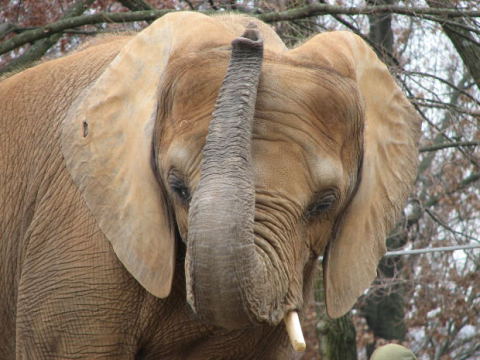 African bush elephants are the largest living land animal on earth, and adults can weigh up to 14,000lbs. Listed as a vulnerable species, these mammoth mammals are vulnerable to determined lions, trophy hunting and the illegal ivory trade. Elephants are big eaters that can easily consume 300lbs. of grass, bark, roots and fruit in a day. At a whopping 22 months, African elephants have one of the longest gestation periods of any mammal. In 2009, there were over 11,000 elephants living in Kruger National Park.

Jennifer Hudson Roars Onto the Big Screen With 'Cats'

Cats Superior To Dogs According To Robert De Niro & MIT - And Better Drinkers To Boot!
Comments