Marvel Entertainment, a subsidiary of the Walt Disney Company, producer of Marvel Comics, and several lines of items related to comic book heroes, has decided to broaden its global appeal by going after the doggy set.  Soon Marvel will be featuring a whole line of toys, accessories, and clothing for dog super heroes!

Get ready, cause here they come... the whole lineup of your favorites from, Superman to Spiderman.  Here are two of the dog coats released for the public. 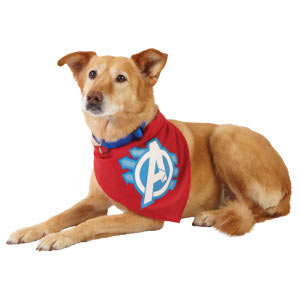 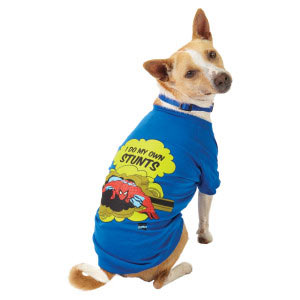 The 'Marvel Super Hero' pet toys, accessories, and clothing will be sold at PetSmart stores and at Petsmart.com.  Look for them later in the week!

PetsLady's Pick: Funny Cook For Your Pets Day Dog Of The Day
What To Do If You're Attacked By A Dog, Life-Saving Tips From a Former Navy SEAL

This Bull Terrier Has Some Odd Little Friends -- The Animal Video Of The Day!!!
Do Animals Have Accents, Y’All?
Comments