In recent months fishermen in Peru began finding hundreds of dead dolphins and porpoises washed up on the beaches of the northern coast there. Now seabirds in
the area have also begun dying. While officials have not yet found a definite
cause for the two occurrences, they insist that they are unrelated.

Peru's production minister, Gladys Trevino, announced that the nearly 900 dolphin deaths were due to natural causes, and that other possibilities, such as oil exploration or viral or bacterial infections. Envi 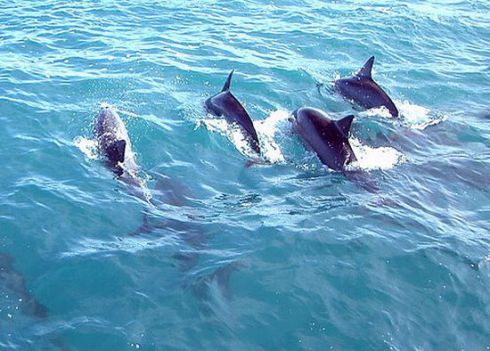 Cause of Dolphin Deaths Still Being Questionedonmental groups are unconvinced of this finding have been ruled out.

The first to alert the public to this was the Peruvian environmental group, Orca. They believe that the deaths of the dolphins were most likely caused by seismic testing used in oil exploration. In a report released on Tuesday, Orca claimed that in necropsies performed on the dolphins found that they had hemorrhages, middle ear infections, air bubbles in internal organs, and severe lung damage.

However, a final report from the Sea Institute also released on Tuesday reported that there was no evidence that seismic soundings were the cause of the deaths. In their necropsies, they found no such damage. Several leading Peruvian scientists are complaining that the government agency was tardy in collecting samples and that by then the samples were too badly degraded to test the cause of death properly.

Seismic testing was being done in the area during the time of the deaths, early February through mid-April, by Houston-based BPZ Energy. The testing, also known as sounding, involves shooting compressed air into the sea floor. The findings of Orca are consistent with decompression sickness.

The cause of the deaths of 1,500 seabirds in the same area has yet to be determined, but it is believed that a shortage of anchovies in the ocean there may be to blame.