Earlier this month a Bassett hound named Molly was reunited with her
family after 3 years and a journey of 1,000 miles. The dog, from Ft.
Hood, Texas, was apprehended running loose by police officers in
Prescott Valley, Arizona. It was her microchip that allowed her to be
returned. 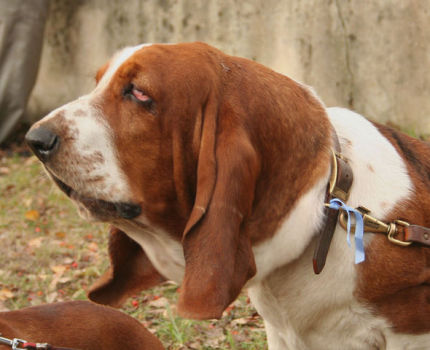 The next day, an animal control officer scanning the dog found a microchip identifying Molly and her owner. The owner was then contacted. She turned out to be a member of the military serving in Ft. Hood. The owner had returned from deployment in Iraq and turned around to go on another mission. While she was gone, Molly ran away from the friend who had been dog-sitting. That was in 2009 and there had been no word on the dog since then.

Family members of the owner who live in Tucson picked up Molly. When the owner returns from her current assignment she will pick up Molly and taker her home.

It is a story that demonstrates the need for pets to be micro chipped. Pets are considered by most people to be members of the family and want to find the missing. Many police departments have the scanners necessary to read these microchips to help reunions such as Molly's. To have your pet micro chipped, contact your vet or local humane society.

PetsLady's Pick: Sweet Margarita Day Chihuahua Of The Day
Smiling Pooch Hangin' Out In A Hedge Has Got It Made In The Shade
Comments