5 Dog Houses To Die For From The Barkitecture Awards

It's raised to prevent flooding, it offers shade and ventilation, and I can just see the solar cells on the roof. Florals give such a nice touch and they're no effort for a dog to water. 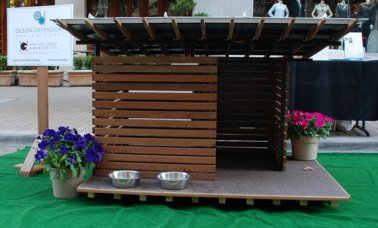 Lovely form, well-ventilated, 360° panorama, and a curvy form for curling up. 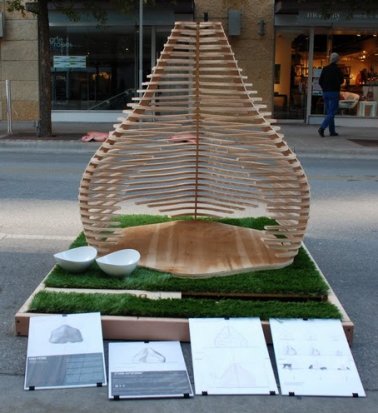 Now you have to admit that there's something very appealing about a home you would chose for yourself... well, if it were a bit larger.  From the windows to the outdoor lighting to the tennis balls in the planter... this one is really precious. 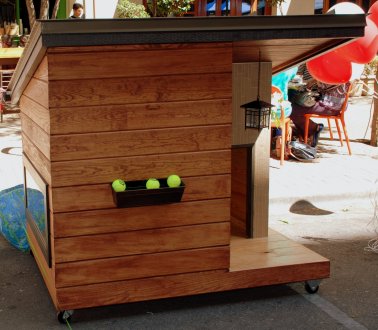 A dog needs privacy sometimes and it's here, but to much privacy and he won't know what he's barking at.  Airy with a cute roof-top garden.  I presume this dog house has a gated entry! 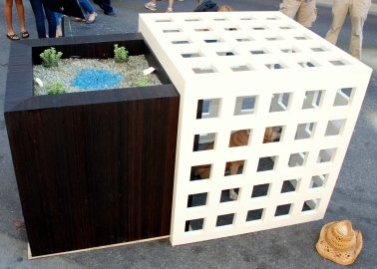 Now this is just adorable. I love the porch canopy, a quaint old table... the steps leading to the roof where her dog toys lie.. the small rectangular openings on the opposite wall for sniffing the outside air... 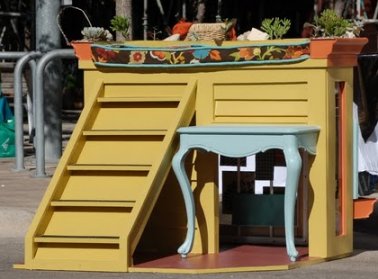 Why not try your own eye for dog house design! If you can design it, but can't build it, you can probably find a builder or handy-person to help you out.  For more details on the Barkitecture 2012 competition, visit the site.

Mythical Chinese Phoenixes Rise & Soar Into New York Cathedral
When Times Get Rough, We All Need Something To Hug: HuggleHounds® HuggleFleece™ Dog Toys

Friendly Fish Knows How Much Rain You Got Today
Comments